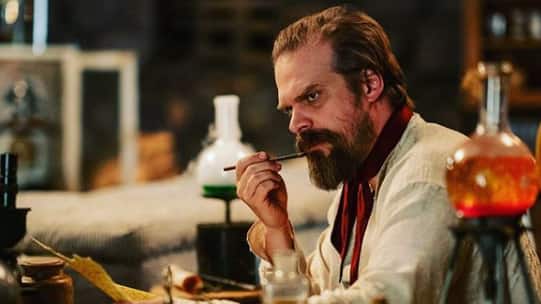 Los Angeles: Actor David Harbour says acting is his "lifeline" when it comes to managing his bipolar disorder.

"First of all, the interesting thing about my own particular brand of it is that I never have an episode when I'm working," Harbour told 'Blank Podcast'.

"In that way, it has made working even more vital to me. It's kind of a lifeline."

He added: "There are also these intangibles, things that actually keep us alive. To me, talk therapy is really important and acting. It's important for me to be an artist, and I think if I wasn't an artist I'd be a lot worse off and has made work more vital."

Harbour's parents sent him to a psychiatric hospital when he became convinced that he was connected to "some sort of God" in his mid-20s.

Ranveer Singh got his eyes on Deepika Padukone and this viral 'Ram Leela' pic says it all!