Armaan Jain got down on one knee and proposed to Annisa Malhotra  amidst a beautiful background decorated with flowers.

New Delhi: Actor Armaan Jain, best-known for his 2014 film 'Lekar Hum Deewana Dil', got engaged to his longtime girlfriend Anissa Malhotra on Tuesday. Armaan got down on one knee and proposed to Annisa. amidst a beautiful background decorated with flowers.

Armaan wore a black jacket and black pants while Anissa is seen in a black floral dress. The pictures of the couple were shared by Armaan's cousins Karisma Kapoor and Riddhima Kapoor Sahni and congratulations are in order for them.

"Congratulations to my favourite cuties," Karisma captioned one of her posts. She also shared a picture of herself with Armaan and Anissa while her other post features them cutting a beautiful cake. 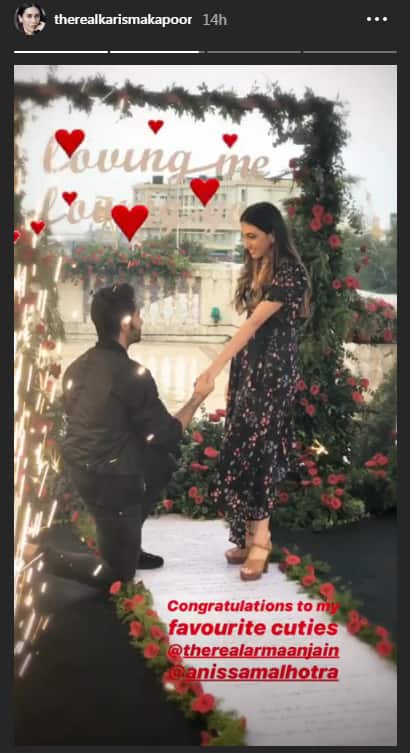 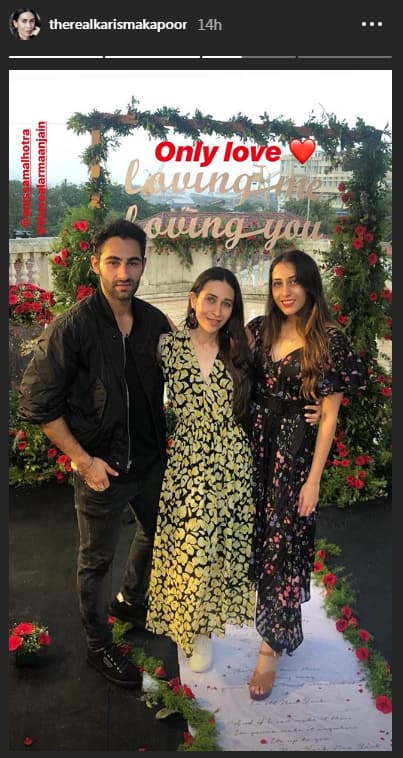 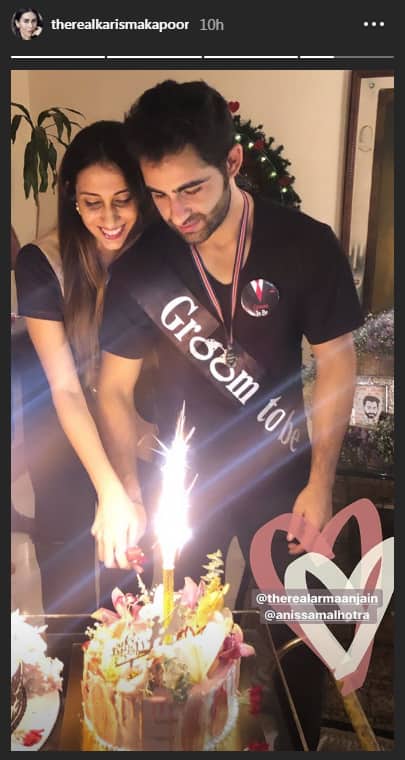 Riddhima too shared a photo of Armaan proposing to Anissa and she used the hashtag 'Armaan Ki Shaadi' for her post.

Armaan is the elder son of Rima and Manoj Jain. Rima is Randhir, Rishi and Rajiv Kapoor's sister. Karisma, Kareena, Ranbir and Riddhima are Armaan's cousins. His brother Aadar Jain is also an actor.

On the work front, the aforementioned 'Lekar Hum Deewana Dil' was Armaan's debut film, which tanked at the box office. He hasn't made any screen appearance after that.