Earlier, Vishal was in news for announcing a reward for tracking down the admins of Tamil Rockers - a website that uploads pirated copies of newly-released Tamil films. 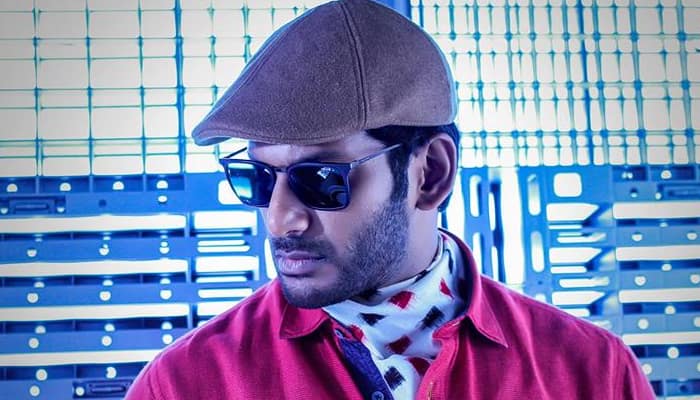 New Delhi: After the controversy over Tamil film Mersal, it was being said that a team of Goods and Services Tax intelligence wing officials recently raided actor Vishal's film production company, Vishal Film Factory, in Chennai. According to the online buzz, the squad paid the office of the 40-year-old star a visit as he had allegedly evaded service tax.

However, as per an official statement from the Directorate General of Goods and Services Tax Intelligence, all such reports are mere rumours.

It read, "Certain news channels are circulating the news that the officers of DGGSTI Chennai Zonal Unit have searched the premises of Shri Vishal, who is the president of the Tamil Nadu Film Producers' Council. It is to clarify that the officers of DGGSTI have not conducted any such search operations and the news which is being circulated is factually incorrect and false."

The Vishal Film Factory, set up in 2013, has produced six films including Kathakali, Naan Sigappu Manithan and Aambala, all movies in which Vishal himself was the lead actor.

Earlier, Vishal was in news for announcing a reward for tracking down the admins of Tamil Rockers - a website that uploads pirated copies of newly-released Tamil films.