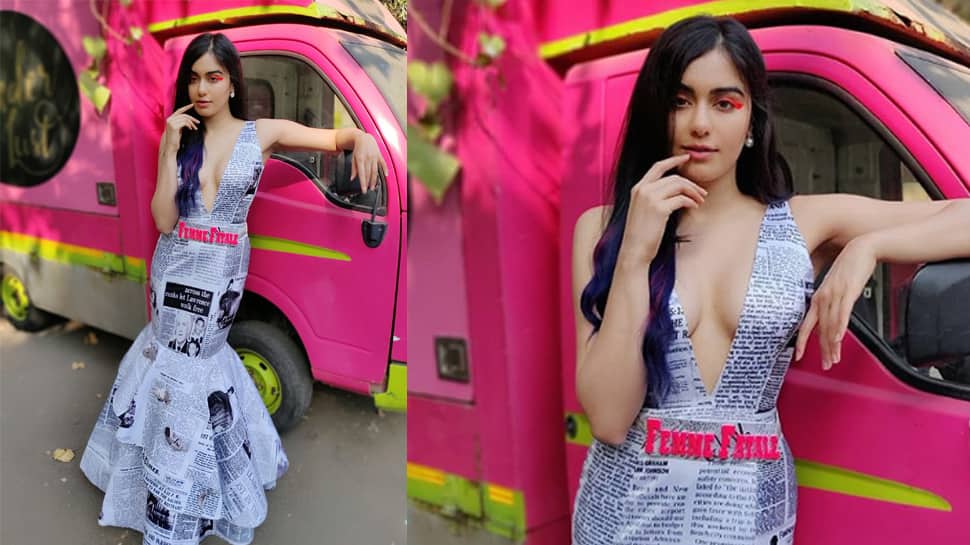 She always makes headlines for her unique fashion choices. She slays it in this newspaper couture gown for the Femina Beauty Awards #nfba2019. She shared the pictures on Instagram.

Tag someone who would wear a newspaper dress Last night for #nfba2019 . . Swipe swipe swipe

The pictures have gone viral with over 1,28,616 likes so far. Her outfit is conceptualised by Fashion stylist Juhi Ali and Adah herself.

On the work front, Adah has completed the London schedule for 'Commando 3' where she has done some crazy stunts. Also, she busy with her Tamil debut with Prabhudheva titled 'Charlie Chaplin 2' which is the 'No Entry' sequel.

The actress is a popular name in Telugu film industry as she featured in several hit films, be it her debut 'Heart Attack' or her last film 'Kshanam' which was remade in Hindi as 'Baaghi 2'.

Adah got the Filmfare Best Female Debut nomination for her debut role in '1920'. Soon, she moved to the South film industry and did some great work in Telugu and Kannada films. In 2017, she was seen in 'Commando 2' opposite Vidyut Jammwal.

She will be seen in 'Soulmate' which happens to be bilingual in English and Hindi where she will be seen playing a double role. The peppy actress has also bagged her next big Telugu venture titled 'Kalki'. Dr Rajasekhar film is helmed by 'Queen' director Prasanth Varma and produced by C Kalyan.