Over the years, he featured in films like "Aashiqui 2", "Yeh Jawaani Hai Deewani" and "Ok Jaanu". 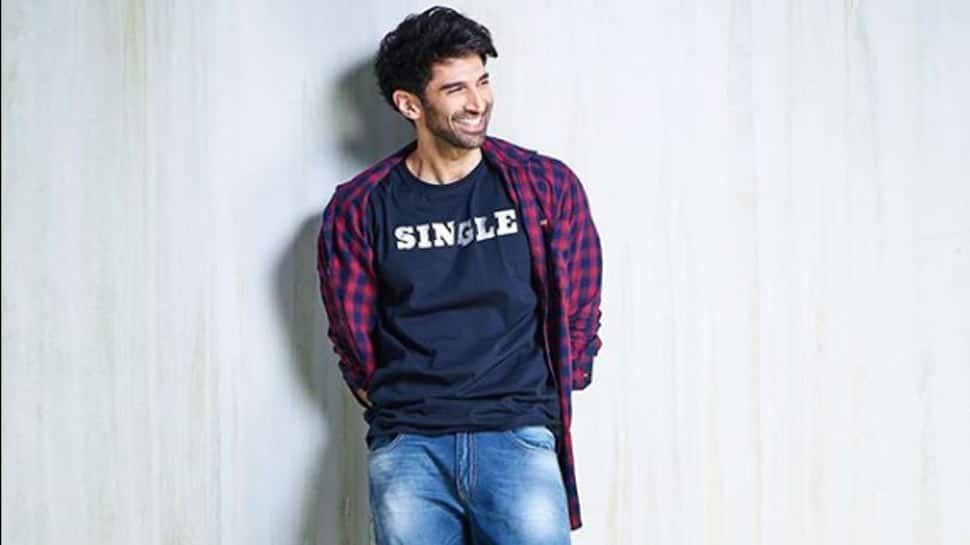 Mumbai: Aditya Roy Kapur is remarkably self-aware. In a family of artistes, he says he was the least artistically inclined; but for someone who was averse to acting in Hindi cinema, he has gradually fallen in love with the profession.

"As I look back, I think I am an accidental actor. Just because it has been ten years I can't say I've been sure about wanting to be in this profession, even though I've started to love it now," Aditya says.

He started out as a VJ for Channel V and eventually made his debut as an actor in 2009 with "London Dreams".

Over the years, he featured in films like "Aashiqui 2", "Yeh Jawaani Hai Deewani" and "Ok Jaanu".

"It all happened by chance," Aditya says. A casting call in 2008 for the Vipul Shah film gave him an opportunity to enter Bollywood, even though he never "harboured any desire to be an actor."

"I never grew up on a staple diet of Hindi cinema. In fact, when I was a VJ, I was averse to it. Purely because I could never imagine myself being an actor."

The 33-year-old actor has of course seen the highs and lows, hits and misses and received both appreciation and brickbats for his performances.

But he feels more settled today than when he started out.

"Over the years I've grown to love the industry, my job, and the profession itself. It's been a journey full of ups and downs. For the first few years, it was a journey of self discovery where I grew to love acting while acting.

"By the time I finished my first three films I realised this is something I want to do for a long time, learn and grow in."

It isn't surprising that Aditya decided to be an actor, for he grew up in a family where everyone was associated with arts.

His grandparents were choreographers, his mother directed school plays and his brothers Siddharth, now heading Roy Kapur Films and actor Kunaal were into theatre.

"It was a wonderful environment to grow up in. The arts had surrounded me but funnily enough, I was the only one in the house who was not inclined towards it," Aditya quips.

Unlike his brothers, the only times he featured in plays were when he wanted to bunk classes.

"I didn't like the idea of acting back in school. Both my brothers were into it. In fact, Siddharth did lots of theatre as an actor. He is the first director I worked under. I did a play when I was in second standard.

"He was the president of the dramatics society in the college. He was doing 'Sound of Music' and it had lots of kids, so I was one of them."

As a child, Aditya recalls accompanying his mother to her dance classes, as often there was no one to babysit him.

"My mom was working through my childhood, so I would be running around Mumbai, from one dance class to another with my mom carrying the tape recorder with me. I would sit on the sidelines and watch her teach dance."

That memory isn't in isolation, for it were moments like these which helped the actor understand what goes behind making an art, the efforts which largely go unnoticed.

"Growing up in the house, the influences were always there. It rubs off on you. Subconsciously you pick up on these things. It affects you in the sense that you have an appreciation in what goes into it.

Aditya's latest film "Kalank" is playing in theatres and after a brief sabbatical of two years, the actor now has three releases lined up.

"There are lots of genres, several characters I need to play and want to explore. It has been ten years, phew. But I feel I've just begun," he says.

Art, cinema will always be at forefront of people-to-people exchange: Shah Rukh Khan in Beijing