The handsome actor has regularly been sharing his photos and videos on Instagram.

The handsome actor has so far been active on his Instagram account and has regularly been sharing his photos and videos.

On Monday, Aditya shared a topless picture of himself, which he tagged as 'bikini body pic' and shared it with the caption, that read, "Told you i'l be ready with my bikini body." In the photo, Aditya looked hot as hell in his toned and bare chest body, letting his fans go drooling over him.

Take a look at his 'bikini bod' picture: 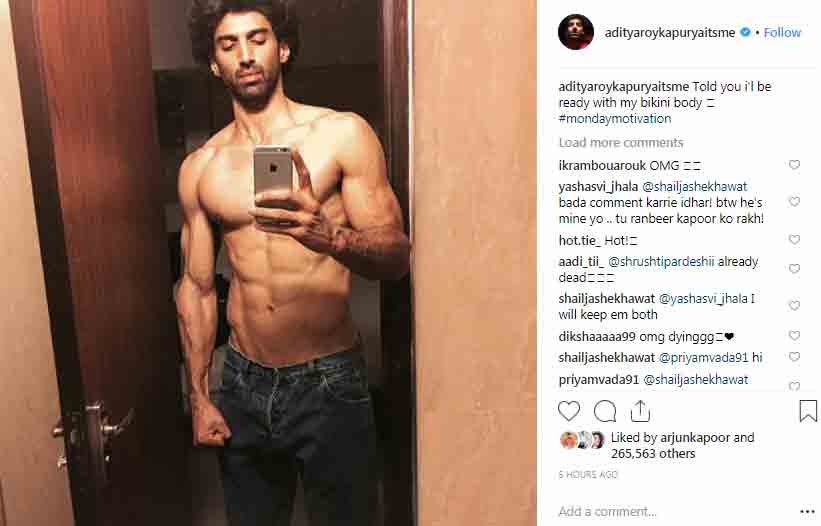 Don't you find it hot?

On the professional front, Aditya will next be seen in the film 'Kalank' which also stars Alia Bhatt, Sanjay Dutt, Madhuri Dixit and Sonakshi Sinha among others. The film is produced by Karan Johar's Dharma Productions and is set in the backdrop of 1940s.

Apart from 'Kalank', Alia and Aditya will also be seen together in 'Sadak 2'. The film is a special one as it marks Mahesh Bhatt's directorial comeback after a hiatus of nearly two decades. The film is slated to hit the silver screens on March 25, 2020.