The 'X-Men' star Hugh Jackman recently took to social media to amplify Priyanka Chopra Jonas and Give India's fundraiser for the COVID-19 crisis in India. 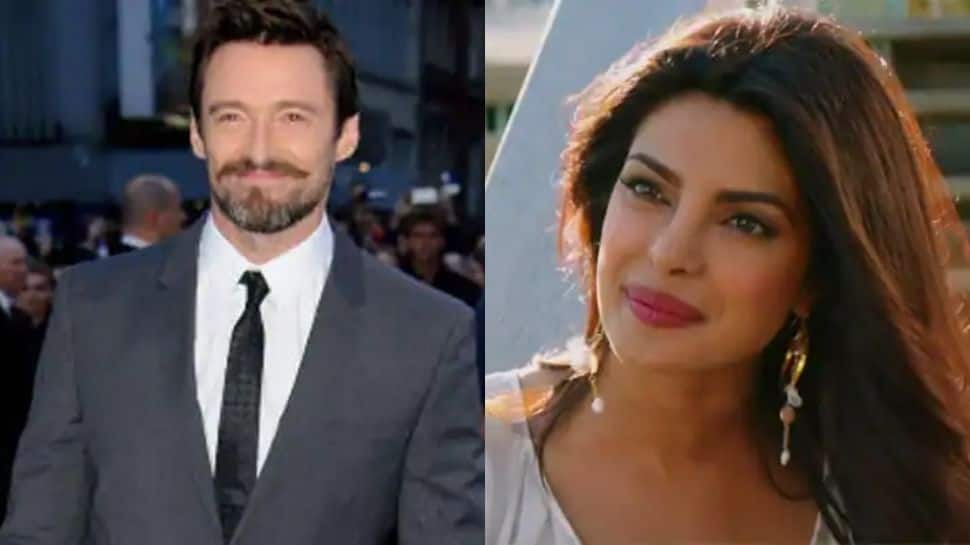 New Delhi: As the COVID-19 crisis in India gets increasingly daunting and severe every day, more and more international figures are taking cognizance of the alarming situation in the country. Recently, Hollywood star Hugh Jackman took to Instagram to amplify global sensation Priyanka Chopra's fundraiser for India's COVID-19 crisis as he reposted a post from Priyanka Chopra Jonas and Give India's fundraiser page.

The 'X-Men' actor took to his Instagram on Thursday (May 6) and attached a link to the fundraiser with a sticker on top that read, "Support India". 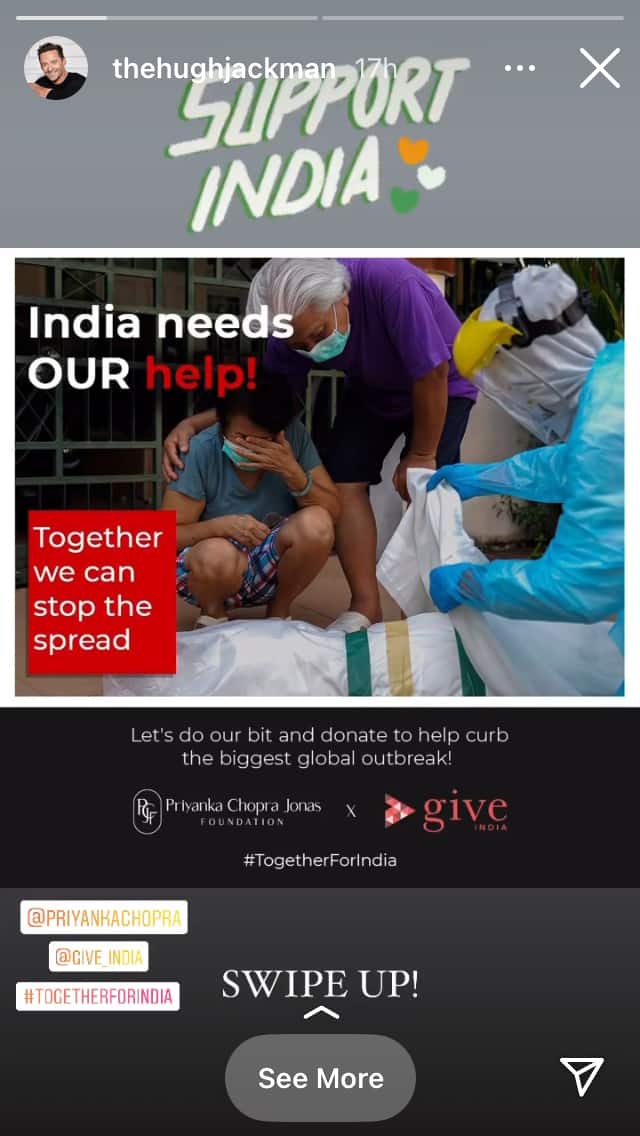 After Jackman amplified Priyanka's fundraiser, the 'Dostana' actress took to her Instagram to thank the 52-year-old with a folded hands emoji. 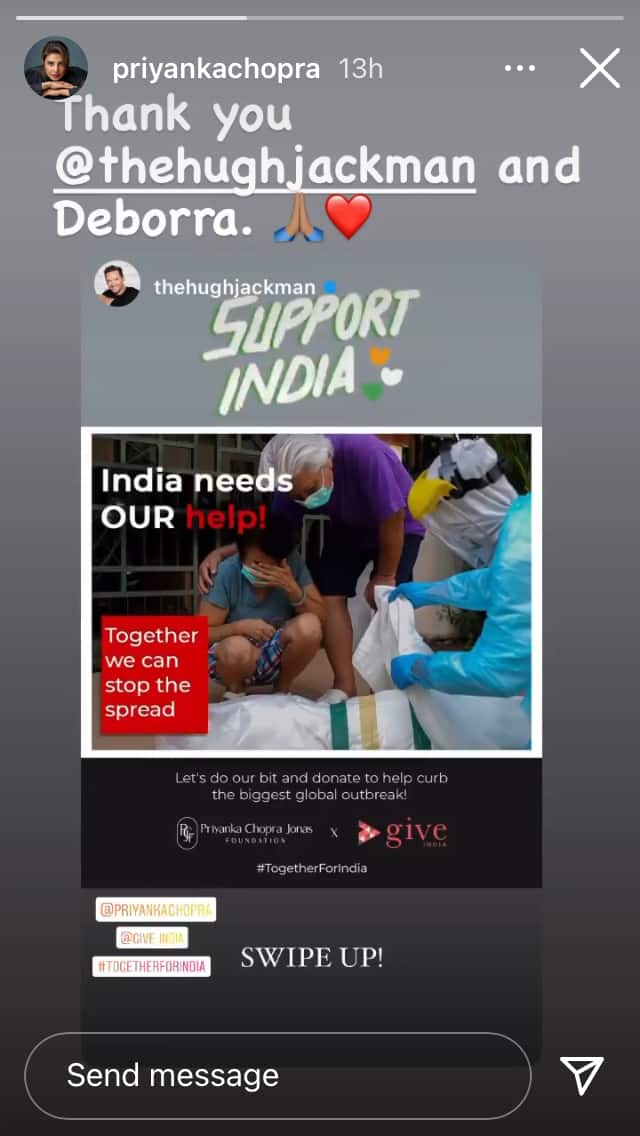 After Chopra put forth the news of her fundraiser for COVID-19, many Bollywood celebs such as Katrina Kaif, Zoya Akhtar, and Parineeti Chopra had also taken to spread the message by reaching out to their followers. 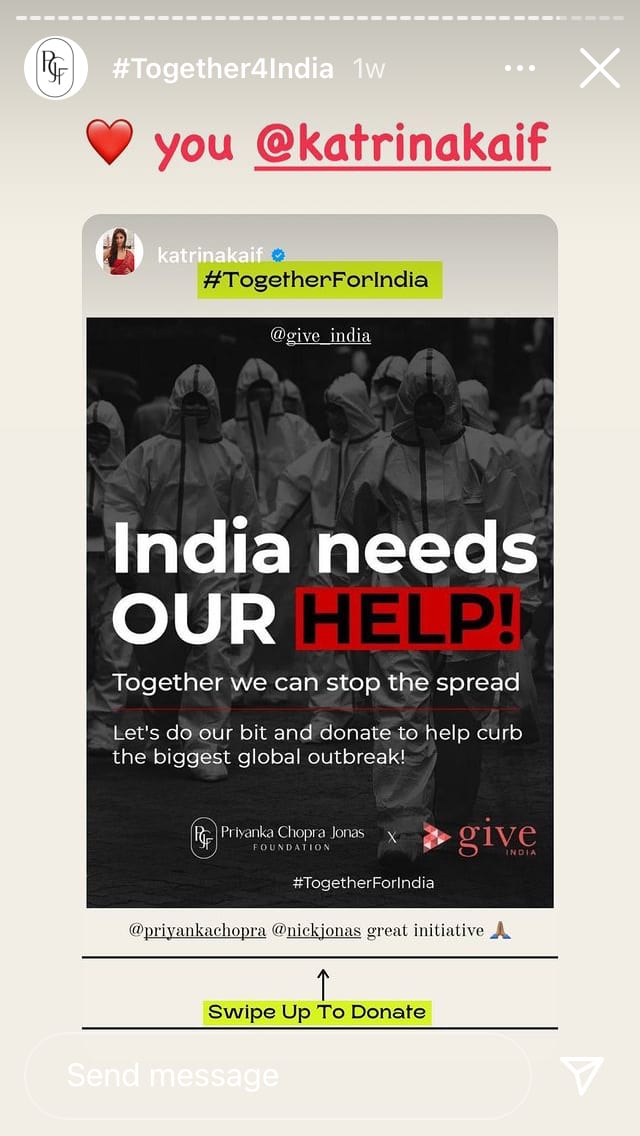 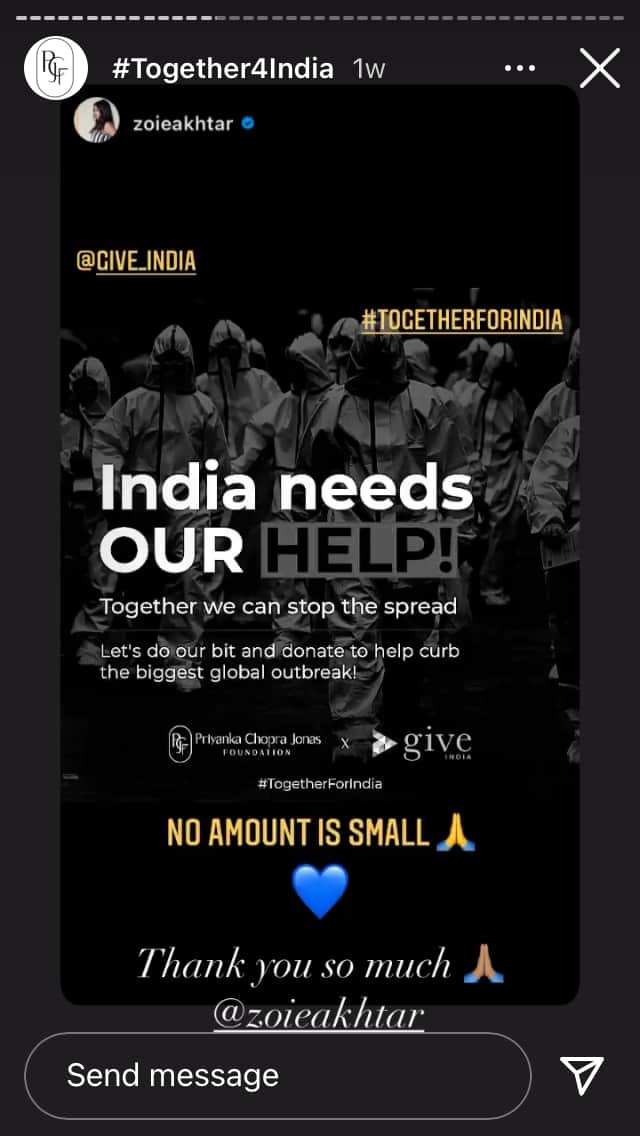 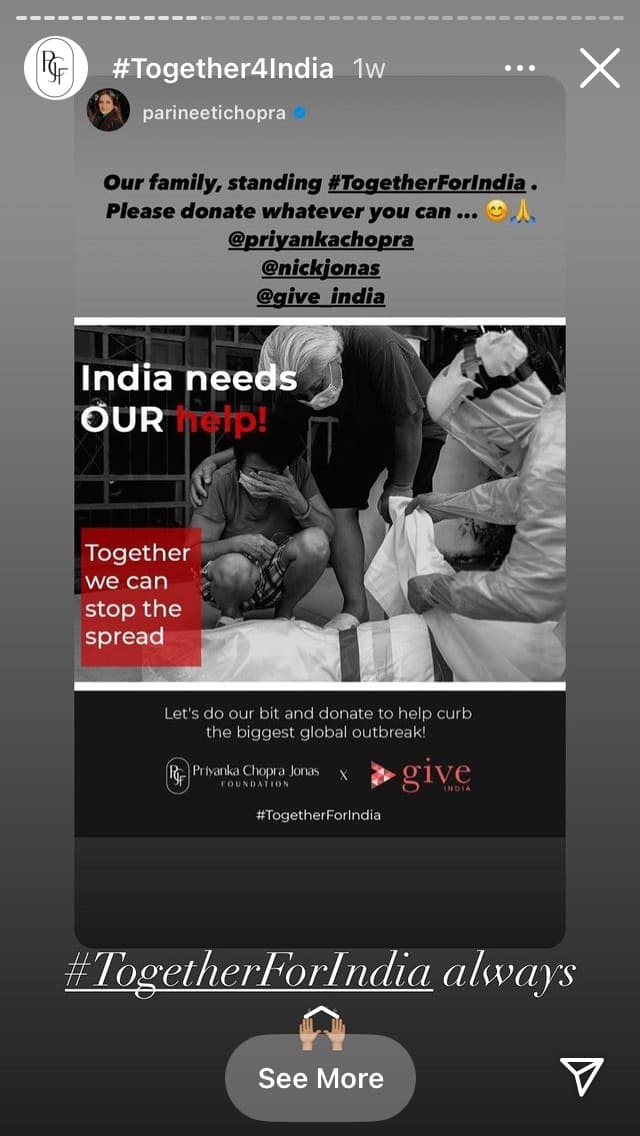 Earlier, the actor had set up a fundraiser at GiveIndia, one of the largest organizations in the country providing COVID relief, to contribute towards the fight against the pandemic.

She had requested the 27 million of her Twitter followers to donate how much ever they can.

According to her statement, the funds will go towards the healthcare physical infrastructure including COVID care centres, Isolation centers, and oxygen generation plants, medical equipment, vaccine support.

On the work front, Priyanka is shooting for the Amazon-backed spy series 'Citadel' co-starring Richard Madden. The project is helmed by the Russo Brothers of 'Avengers' fame. The actress had completed shooting for 'Text for You' with Sam Heughan, Celine Dion, Russell Tovey, and Omid Djalili.

According to reports, the 'desi girl' will also be seen in an Indian wedding comedy with Mindy Kaling, which she will co-produce and feature in. She also has 'Matrix 4' in the pipeline.