After Prince Charles tests positive for coronavirus, the internet digs out old pics of him with COVID-19 + Kanika Kapoor

The photos are, however, old and reportedly date back to 2015, when Prince Charles had hosted a charity event. 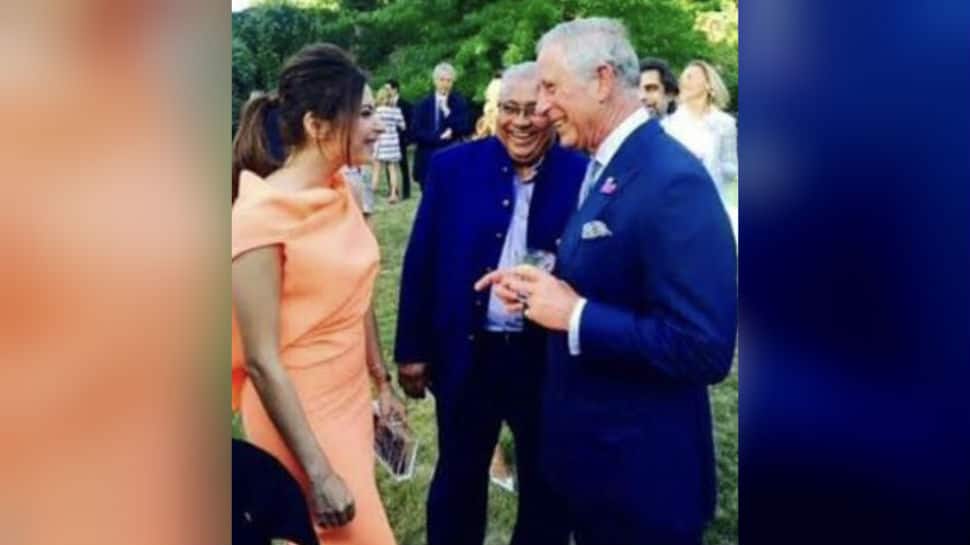 New Delhi: Social media on Thursday is flooded with pictures of Britain’s Prince Charles and singer Kanika Kapoor greeting each other at what appears to be a party. Both Prince Charles and Kanika have been tested positive for coronavirus and after their photos took over the internet, netizens had only one question – “who infected whom?” The photos are, however, old and reportedly date back to 2015, when Prince Charles had hosted a charity event. Dressed in an orange outfit, Kanika is seen cheerfully interacting with Prince Charles.

Here are the photos which the internet dug out old recently:

Now we know how #PrinceCharles got #Coronavirus. Yes, that's #KanikaKapoor in the image.

P.S. It's an old image pic.twitter.com/Dux1dNCwKQ

Filmmaker Ashoke Pandit also tweeted the photos of them together and tagging Kanika in his tweet, he wrote, "Would like to know when did this meeting of yours happen?"

Prince Charles tested positive for the novel coronavirus on Wednesday. The 71-year-old, who is the eldest son and heir to Queen Elizabeth II, has mild symptoms and "remains in good health", his office said. Prince Charles’ wife Camilla tested negative for the virus and the couple is self-isolating in Scotland.

Meanwhile, Kanika Kapoor tested positive in her third COVID-19 test, reports of which came in on Tuesday night. In the second test conducted on Sunday, she had tested positive. The ‘Baby Doll’ singer is undergoing treatment at the Sanjay Gandhi Post Graduate Institute of Medical Sciences (SGPGIMS) in Lucknow.

Kanika travelled to Mumbai from UK on March 9 and then flew to Lucknow, where she attended several public events and high-profile parties. She was criticised heavily for not self-isolating despite testing positive for COVID-19.

In another news, she has now deleted her Instagram post in which she revealed her coronavirus diagnosis.