After Ritu Nanda's death, Neetu Kapoor shares 'lovely memories' of her with Ranbir Kapoor, others

Veteran actress Neetu Kapoor shared fond memories of her sister-in-law Ritu Nanda, who died on Tuesday. Neetu shared a set of pictures of Ritu with Ranbir Kapoor (Rishi and Neetu Kapoor's son) and herself and wrote, "Lovely memories," adding a few heart emoticons. 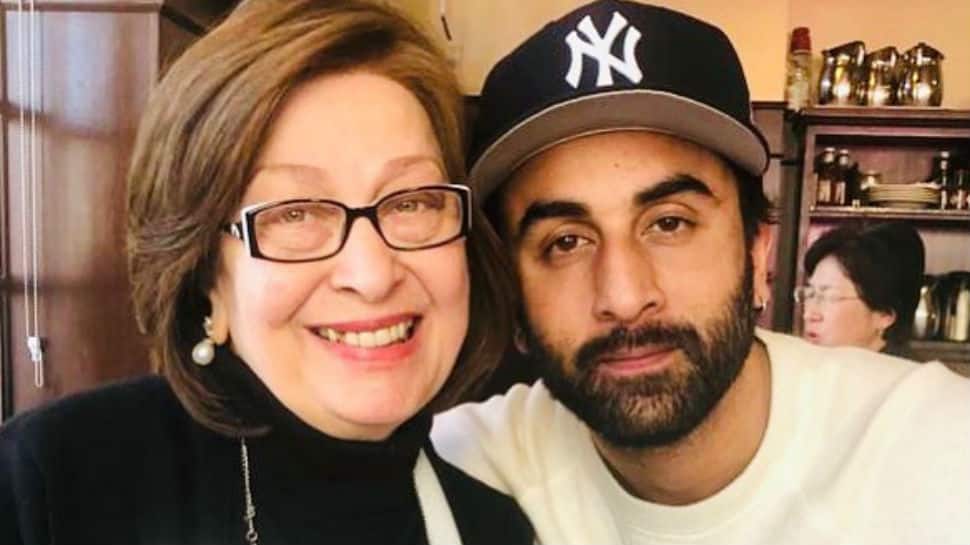 In one of the photos, Ritu Nanda can be seen happily posing with Ranbir and in another one, she is seen posing with Neetu, her daughter Nitasha and sister Rima Jain.

Ritu Nanda, daughter of Raj Kapoor and mother-in-law of Shweta Bachchan, died on Tuesday morning in New Delhi after a seven-year-long battle with cancer. She was actors Rishi, Randhir, Rajiv Kapoor's sister. Ritu Nanda was 71. She was married to the former Escorts Group Chairman Rajan Nanda, who died in 2018.

Amitabh Bachchan informed about Ritu Nanda's sudden demise on his official blog and wrote that he is travelling to Delhi for her last rites. "My 'samdhan' Ritu Nanda, Shweta's mother-in-law passed away suddenly at 1.15 am .. cannot communicate .. travelling," he wrote. Amitabh Bachchan flew to Delhi with daughter-in-law Aishwarya Rai Bachchan.

Neetu Kapoor was among the first members of the Kapoor family to share the news on social media. "My dearest may your soul rest in peace," she said.

My dearest may your soul Rest In Peace

Neetu Kapoor's daughter Riddhima Kapoor Sahni also condoled Ritu Nanda's death on social media with an old picture of her and wrote, "To the kindest most gentle person I've ever met - They don't make them like you anymore - RIP bua #missyoualways."

Ritu Nanda's last rites were performed on Tuesday evening. Most members of the Kapoor family were present at the crematorium and so was Abhishek Bachchan.

Shweta's close friends Gauri Khan and Karan Johar also flew to Mumbai to be by her side.