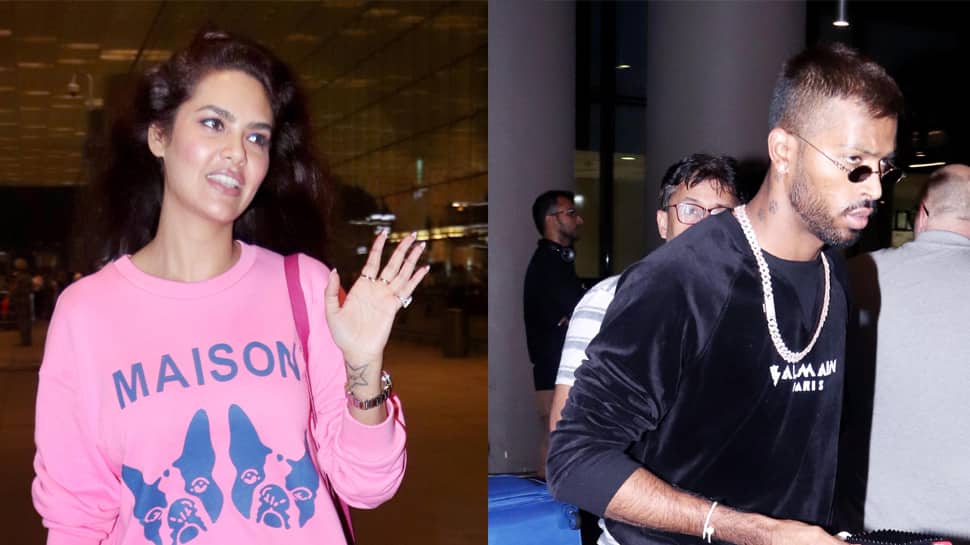 New Delhi: Celebs' airport spottings have oflate become a fad! The growing paparazzi culture in India is catching up fast and never really day passes when we don't see the latest pictures of celebrities making waves at the airport.

While Esha donned comfort wear and looked pretty in a pink sweatshirt and blue jeans, cricketer Hardik showed off his thick gold chain and donned a velvet sweatshirt and trouser set in black.

They were papped separately last night. However, incidentally, a few months back, rumours were abuzz with the latest goss that Esha and Hardik are dating each other.

However, these turned out to be mere rumours as the cricketer was also linked with Elli AvrRam and Urvashi Rautela.