Actress Aishwarya Rai-Bachchan, who has worked in Mani Ratnam films such as "Guru" and "Raavan", says that the veteran filmmaker is her guru, and that the decision to work with him is always an easy yes for her. 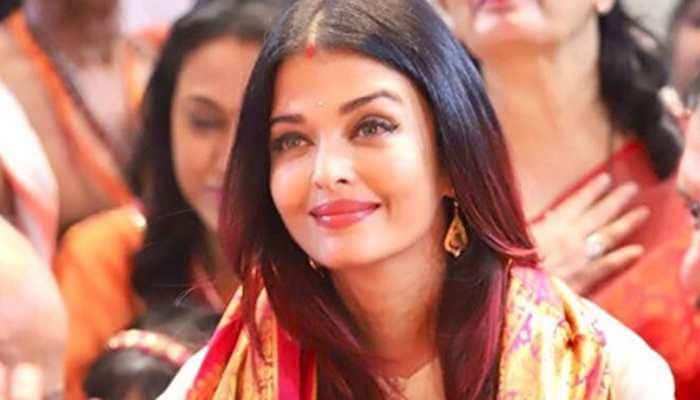 Mumbai: Actress Aishwarya Rai-Bachchan, who has worked in Mani Ratnam films such as "Guru" and "Raavan", says that the veteran filmmaker is her guru, and that the decision to work with him is always an easy yes for her.

The actress will soon reunite with Mani Ratnam in a new film that will reportedly feature her in a double role.

"Mani Ratnam is my Guru. He is probably one of the most amazing and brilliant directors of our country. I have had the privilege, honour and joy of working with him in the beginning of my career, and several times through it. So it was an easy yes for me to work with that kind of cinema brilliance and the character itself," she said, while interacting with the media on Monday.

Talking about her latest collaboration with Mani Ratnam, Aishwarya described it as an experience she is looking forward to for multiple reasons. "Watch the film when it releases and have an experience, and take the journey we want you (audience) to take. We want to keep the viewers engaged. To say it all will filter down the magic of the film. That is why I never reveal the story. But (the film is) definitely an experience I am looking forward to for multiple reasons," said Aishwarya.

Aishwarya was interacting with the media at the trailer launch of Disney's "Maleficent: Mistress Of Evil". She has dubbed for the title role character, Maleficent, in the Hindi version of the film, originally voiced by Angelina Jolie.

Talking about her experience of dubbing, Aishwarya said: "It is not difficult or easy, but this is the first time I have experienced dubbing for some other artiste's work. So it was a new experience for me. I must admit that I got into it completely"

"Maleficent: Mistress Of Evil" is scheduled to release on October 18.