As per reports, Akash and Shloka’s wedding is expected to take place in the second week of March.

New Delhi: Business tycoon Mukesh Ambani and his wife Neeta Ambani along with their son Anant Ambani visiting the Mumbai's Siddhivinayak temple on Monday to offer prayers and give the first wedding Invitation card of Akash and Shloka Mehta.

As per reports, Akash and Shloka’s wedding is expected to take place in the second week of March. For the unversed, Akash proposed to his longtime girlfriend and childhood friend Shloka in March 2018.

Mukesh and his younger son Anant were spotted outside the temple, wearing a half-sleeved white shirt and black pants. On the other hand, Neeta was dressed in a red and golden kutra coupled with matching Palazzo pants. 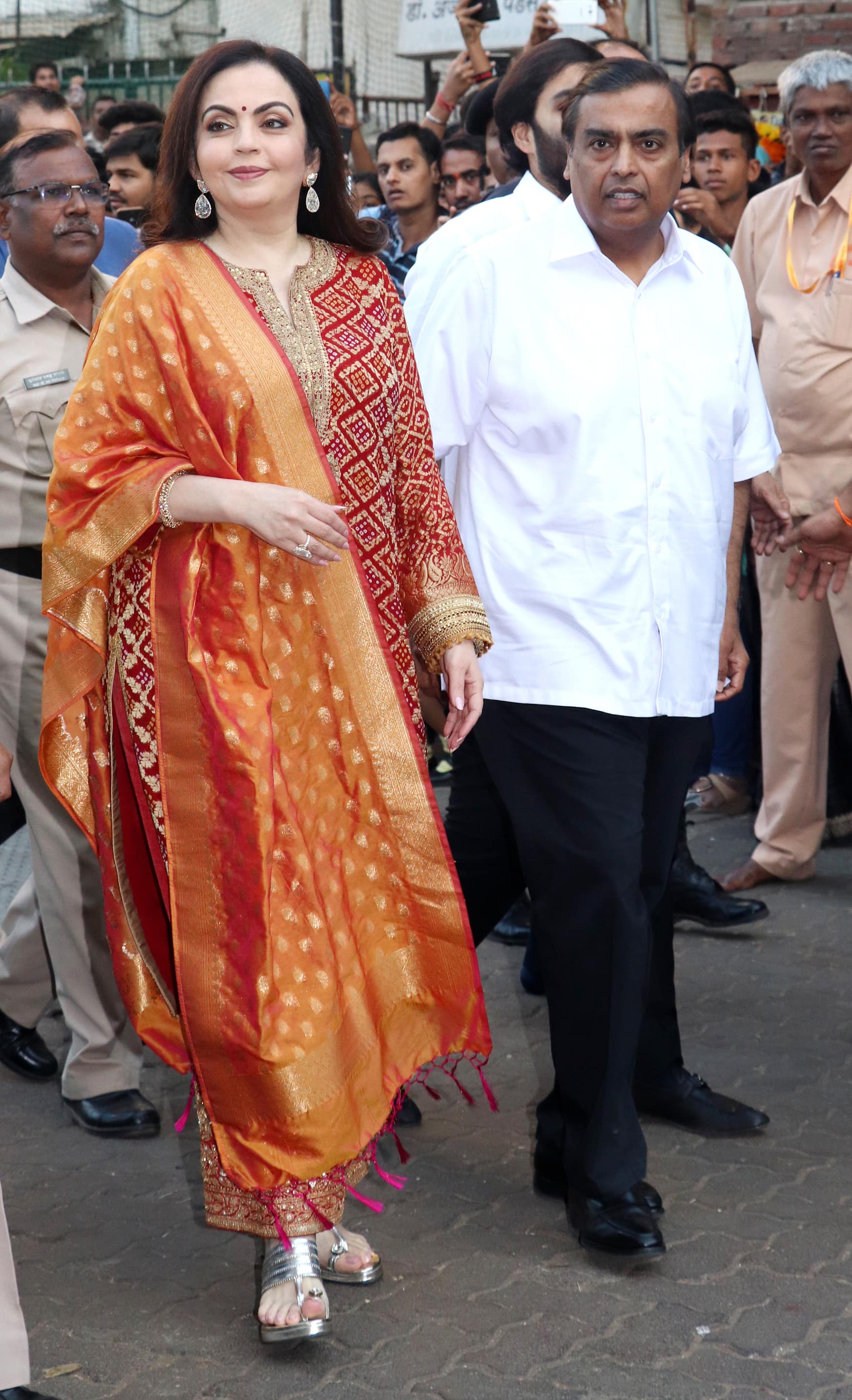 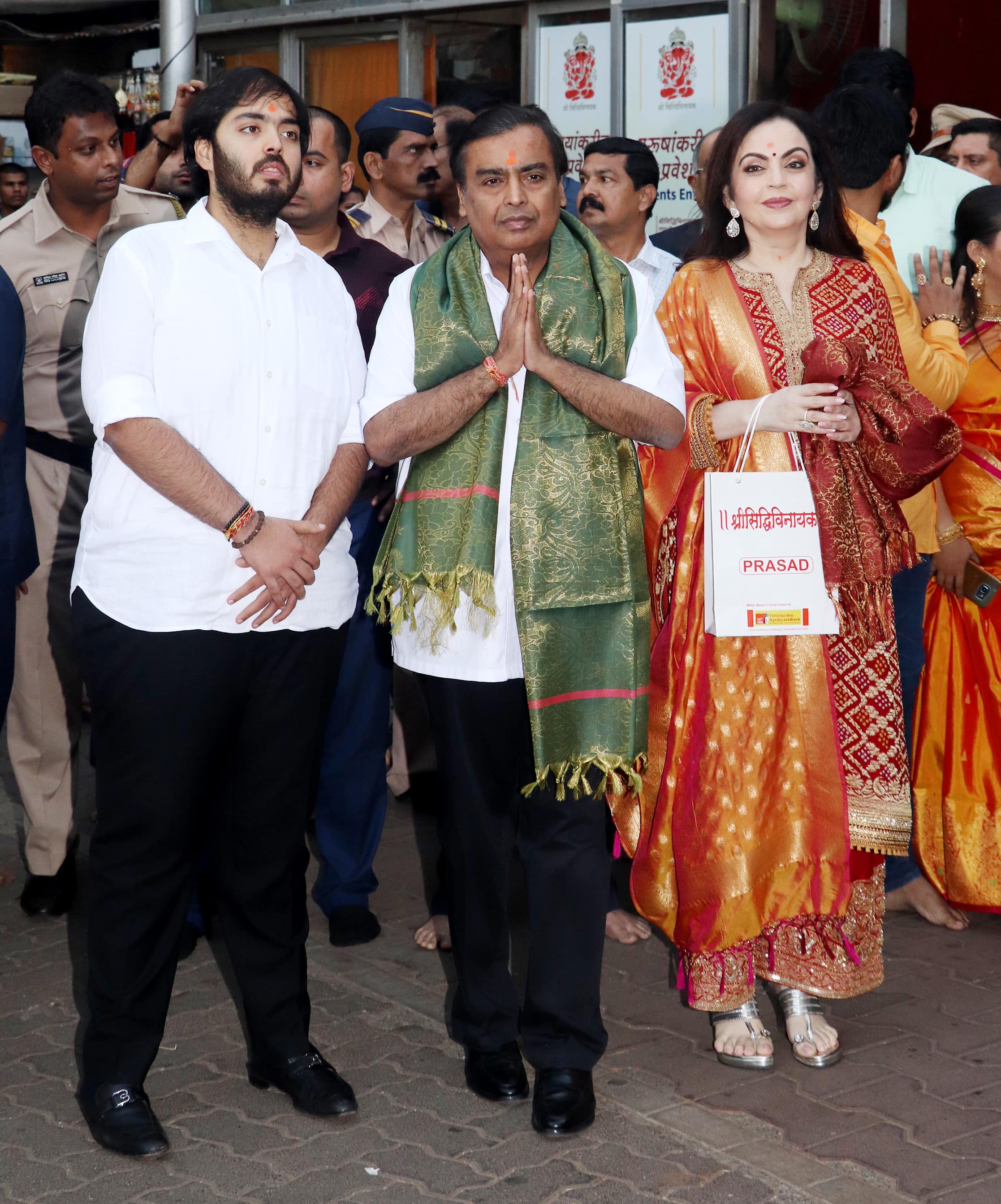 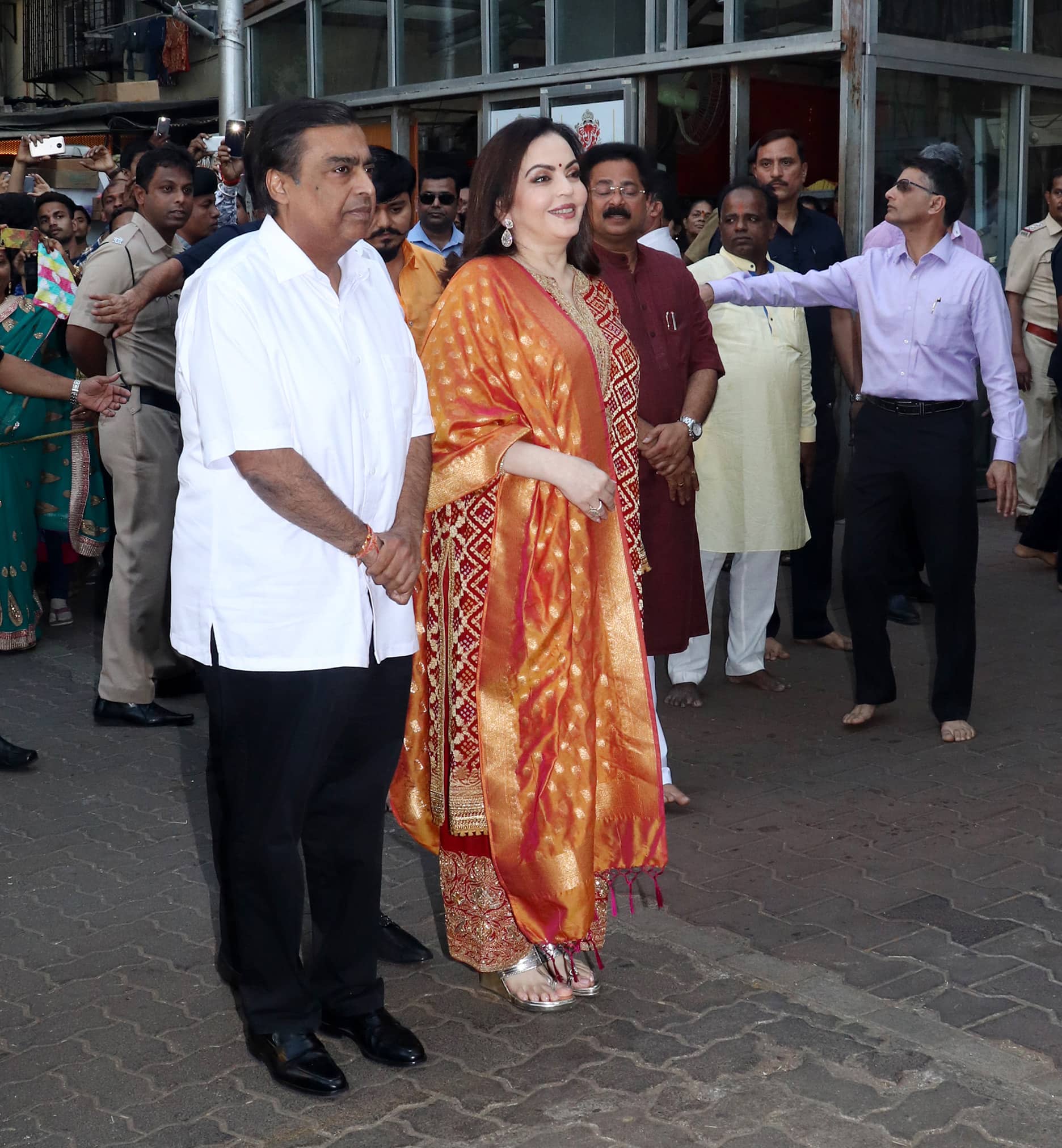 Shloka is the youngest of three children of Russell Mehta, who heads Rosy Blue Diamonds, one of the country’s leading diamond companies. Shloka is currently a director with Rosy Blue Foundation and is a co-founder of ConnectFor.

The Ambanis ended 2018 on a high note with the wedding of their daughter Isha to Anand Piramal, son of Ajay and Swati Piramal. Both Akash and Shloka even performed together at his sister Isha Ambani's sangeet ceremony, on December 11, 2018.