Akshay, along with his wife Twinkle and daughter Nitara is currently holidaying in London. 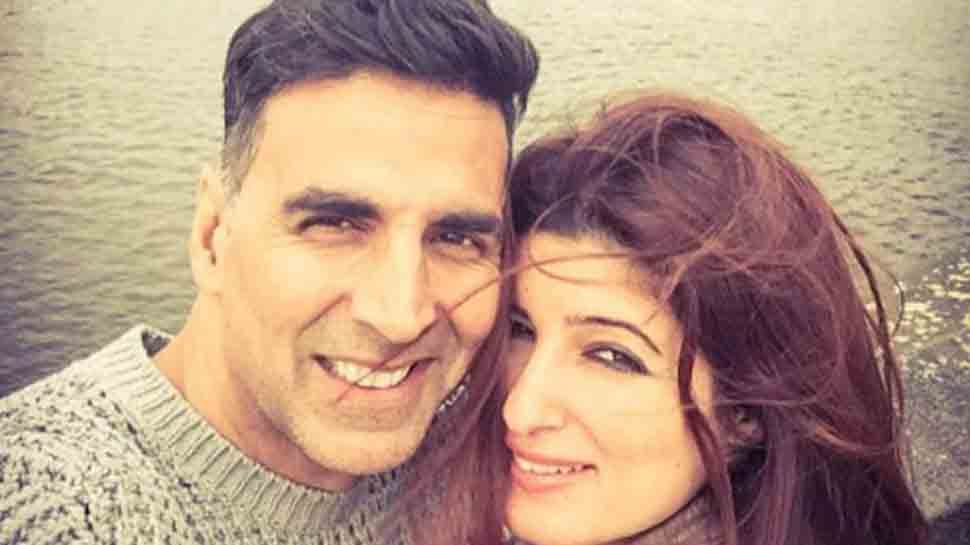 Mumbai: Actress-turned-author Twinkle Khanna has shared a video of her actor-husband Akshay Kumar trying out a stunt during their vacation in an undisclosed location. Twinkle hilariously claimed it was Akshay's way of making a quick buck.

Twinkle shared the video clip on Instagram, where Akshay can be seen performing a challenge that requires contestants to hang horizontally on a pole. The one who sticks around for the longest time wins £100.

"Just hanging in there! Not happy with hitting the Forbes list -- he wants to make a quick 100 pounds here as well. Goofing around," she captioned the video.

Just hanging in there! Not happy with hitting the Forbes list- he wants to make a quick 100 pounds here as well :) #GoofingAround pic.twitter.com/XUCRj464dV

On the work front, Akshay is gearing up for the release of "Mission Mangal", which is based on the Mars Orbiter Mission (MOM), or the Mangalyaan project to put a space probe into Mars` orbit, launched by ISRO min November 2013.

He is also busy with filmmaker Rohit Shetty`s next, "Sooryavanshi", which also stars Katrina Kaif.

Akshay Kumar will donate Rs 1 crore to the Assam floods