Vikalp recently got a chance to interact with Akshay and the cast of "Housefull 4". 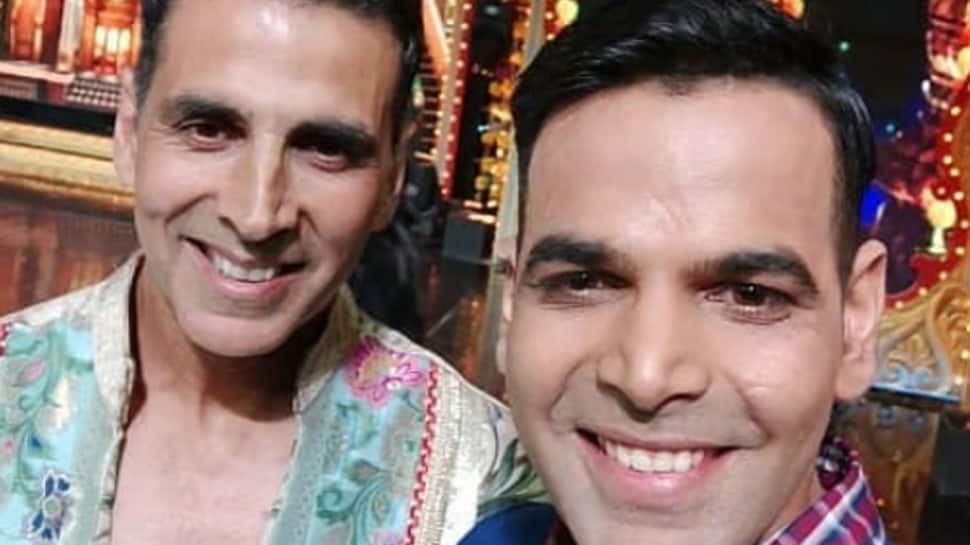 Mumbai: Akshay Kumar's lookalike Vikalp Mehta has garnered more than 1.4 million views on his YouTube channel for recreating the superhit "Shaitan ka saala" song from "Housefull 4". Vikalp says the 53-year-old superstar has never discouraged him for imitating him unlike many other actors.

"I have been imitating Akshay ji over the past 10 years, and I was always a huge fan. We all know he is a superstar but he has a really good nature. There are a lot of celebrities who don't promote people who do their mimicry but Akshay has been supportive. I must have met Akshay on 10 to 12 occasions, and whenever I met him he interacts with me in a sweet manner. That's why I have a huge respect for him," said
Vikalp, while interacting with the media in Mumbai on Tuesday.

Speaking about recreating ‘Shaitan ka saala', Vikalp said: "Akshay Kumar's ‘Shaitan Ka Saala' song is a huge hit and he asked fans to recreate the song by tagging him on social media sites under #TheBalaChallenge. How could I avoid order of my idol? I recreated the song and now it has also became a huge hit. Even Akshay Ji posted my recreated version on his Instagram account."

Vikalp has collaborated with Akshay on several occasions. "I have earlier worked with him in ‘The Kapil Sharma Show', ‘Comedy Circus' and ‘Entertainment Ke Liye Kuch Bhi Karega' in 2010. I have done dubbing in various languages for his advertisements when he is not available due to a busy schedule. I make videos of him on Instagram, YouTube and TikTok, and people appreciate that as well."

Vikalp's latest performance with the "Housefull 4" team on "Yeh Diwali Apno Wali" will air on Star Plus on October 26.