Both Akshay and Twinkle were comfortably dressed for the journey and baby Nitara was cradled in her father's arms. 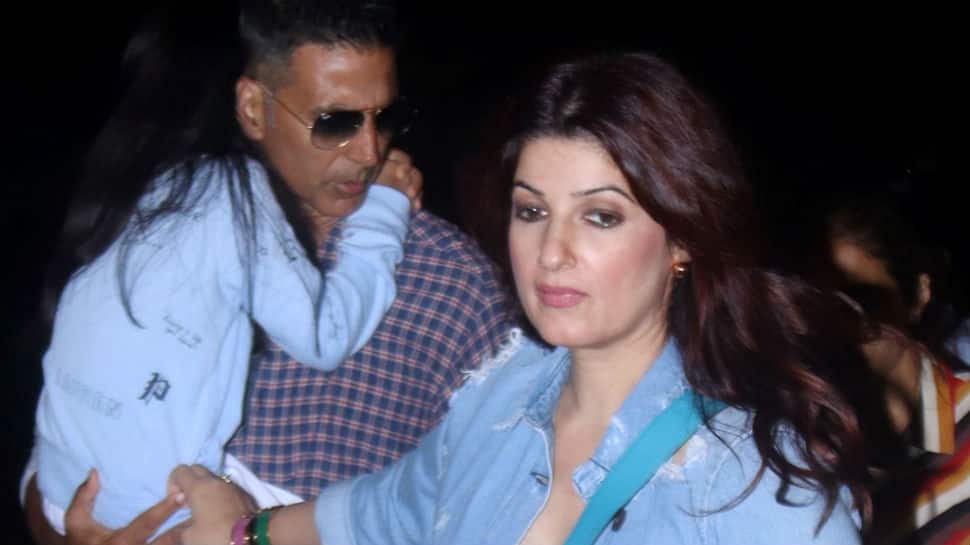 New Delhi: Superstar Akshay Kumar flew to London for a vacation with wife Twinkle Khanna and daughter Nitara. The family of three were spotted at the Mumbai airport in the wee hours of Tuesday.

Both Akshay and Twinkle were comfortably dressed for the journey and baby Nitara was cradled in her father's arms.

Take a look at their pictures here.

Akshay, 51, and Twinkle, 45, are also parents to son Aarav, who studies in London.

On the work front, Akshay is filming 'Sooryavanshi', the fourth film of Rohit Shetty's cop drama universe. In the film, Akshay essays the role of Veer Suryavanshi, an anti-terrorist squad officer. His character was introduced in Ranveer Singh's 2018 blockbuster film 'Simmba'.

'Housefull 4' and 'Good News' are Akshay's next films to hit the screens. He also has 'Laxmmi Bomb' in the line-up.