Wearing a black kurta with a long skirt, Alia Bhatt is elegance personified as she is spotted in Mumbai. A matching printed dupatta and statement earrings complete her look.

New Delhi: Bollywood actress Alia Bhatt flashes her million-dollar smile at the paps whenever they spot her in public. The cheerful lass was recently snapped in Bandra, Mumbai and looked gorgeous in a black ethnic outfit.

Wearing a black kurta with a long skirt, Alia looked like elegance personified. A matching printed dupatta and statement 'jhumkas' completed the look.

Check out the stunner's pics here: 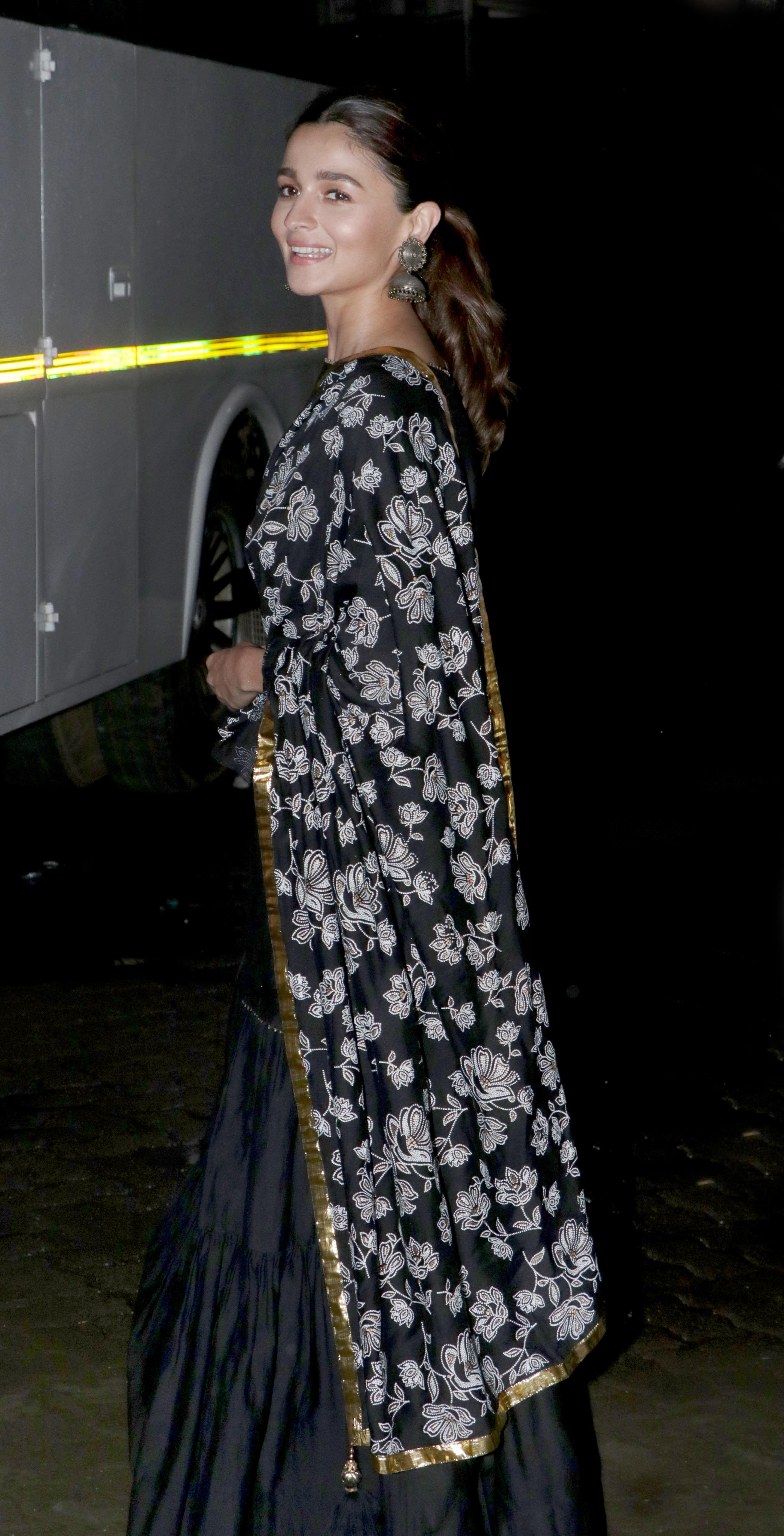 On the work front, Alia ready to set the silver screens on fire with her beau Ranbir Kapoor in 'Brahmastra'. The couple is reported to have fallen in love on the film's sets, which is why all the 'Raila' fans are routing for it. The film also stars Amitabh Bachchan and Mouni Roy. It has been helmed by Ayan Mukerji and is high on the buzzword ever since it was announced.

Not only this, but she will also share screen space with sister Pooja Bhatt in Mahesh Bhatt's 'Sadak 2'. The film was announced last year on the filmmaker's birthday.