On the work front, Alia is busy shooting for 'Brahmastra' with boyfriend Ranbir Kapoor. Earlier, she went to Varanasi and then to New York. 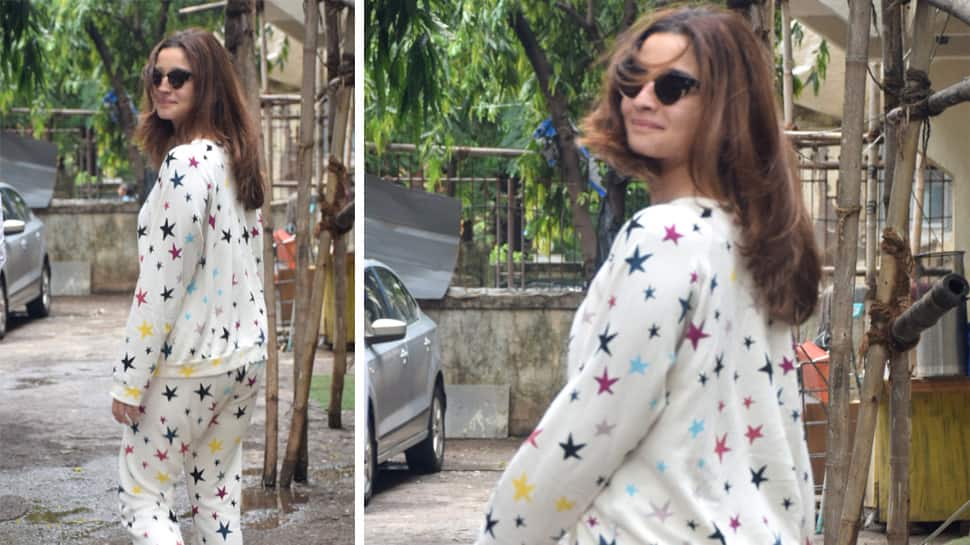 New Delhi: The very talented B-Towner Alia Bhatt was recently clicked at Kroma Kay salon in Juhu, Mumbai. The actress looked super cute in her starry outfit. The paps were on duty and were more than happy to spot the cutesy star.

Alia rocked her super comfy looking night suit with colourful stars adding a tinge of vibrant hue of the outfit. She paired it with white sneakers and wore black sunnies. 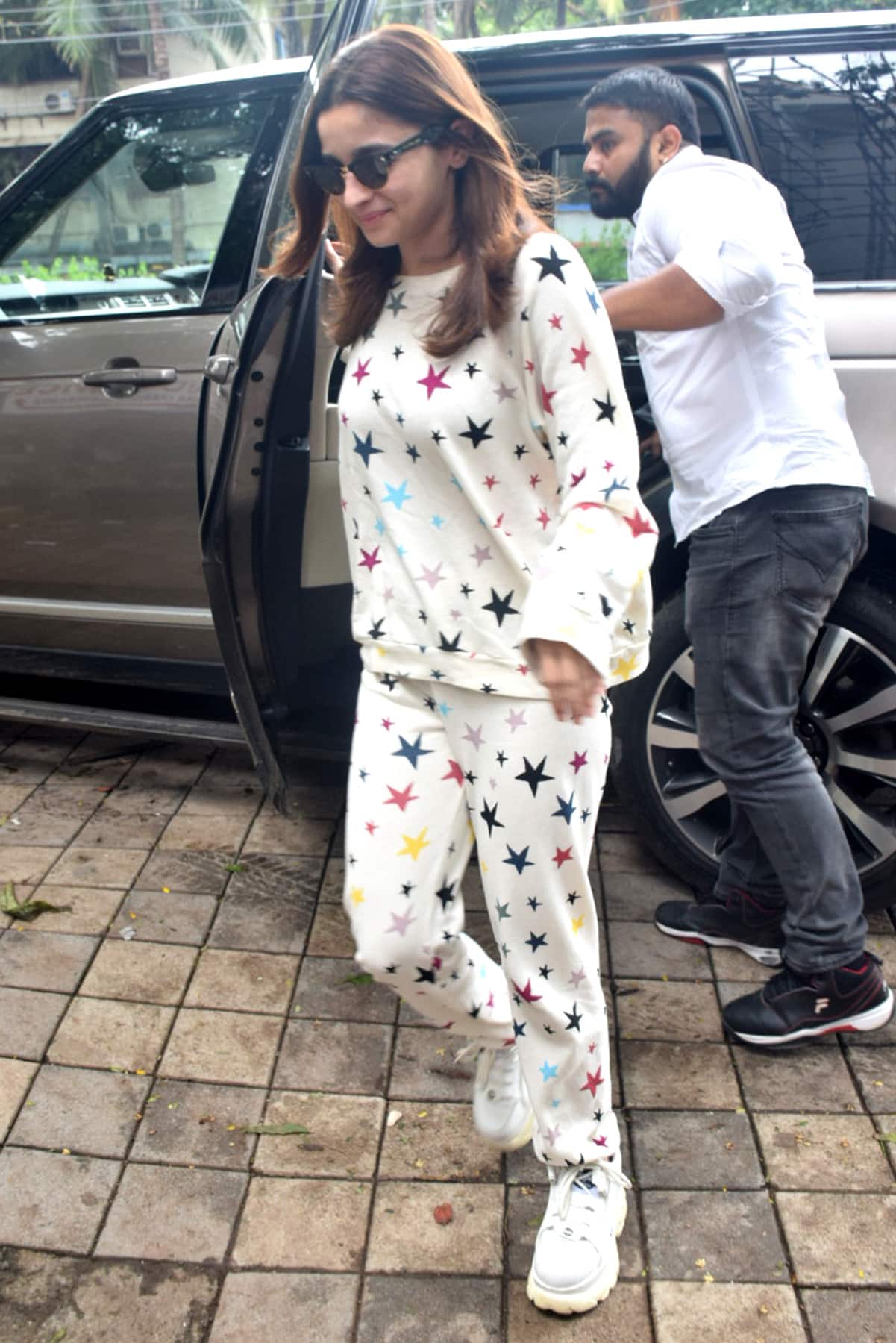 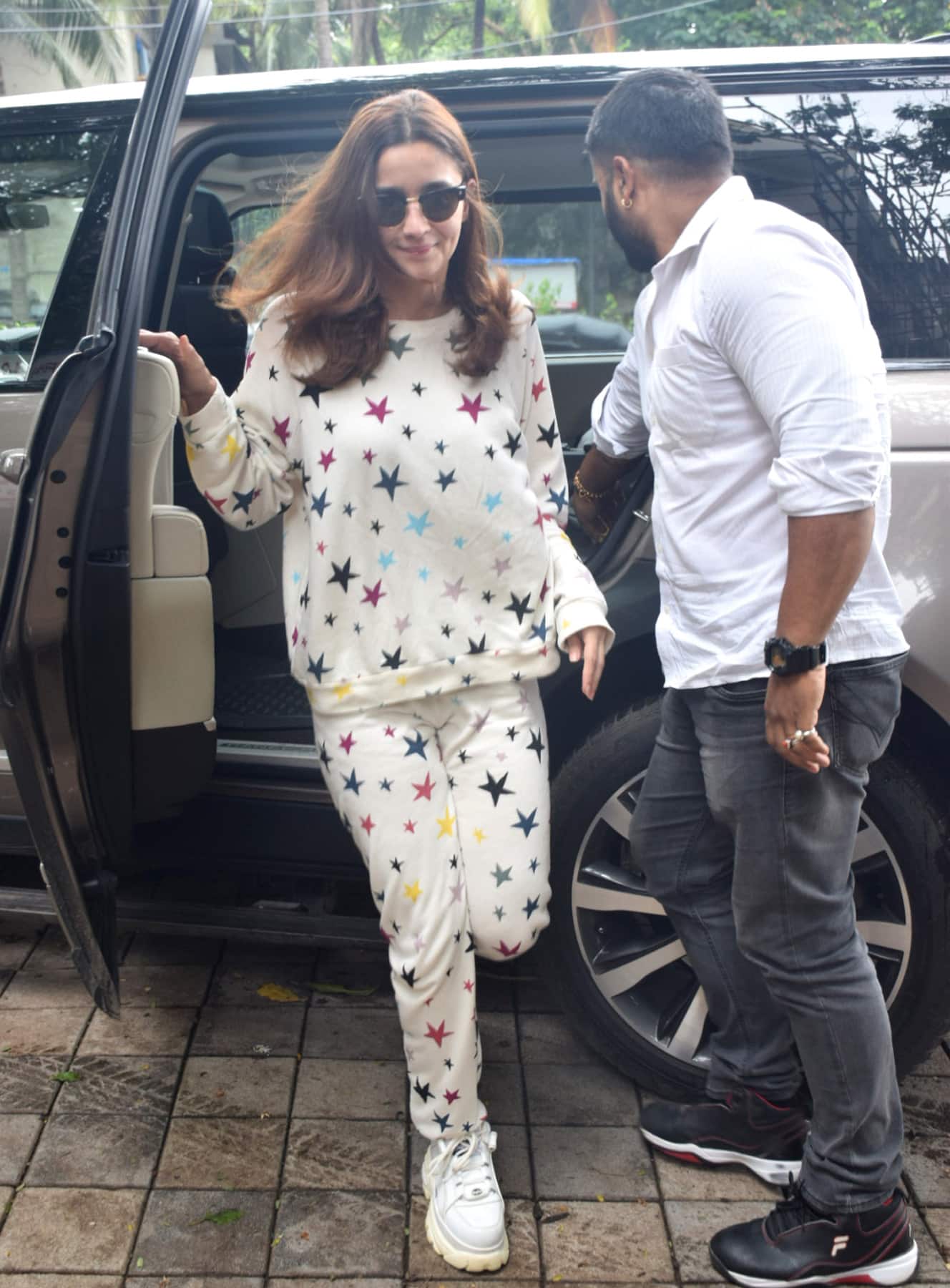 On the work front, Alia is busy shooting for 'Brahmastra' with boyfriend Ranbir Kapoor. Earlier, she went to Varanasi and then to New York. The young and promising star will be seen opposite her real-life beau for the first time ever on-screen.

'Brahmastra' is directed by Ayan Mukerji and will release next year.

It is the first part of the adventure fantasy trilogy which also stars Amitabh Bachchan and Mouni Roy in pivotal parts. The movie is bankrolled by Karan Johar's Dharma Productions.