Alia Bhatt, who channelled the look of a Greek goddess at the IIFA awards, has shared a behind-the-scenes clip of her look, which will just surprise you. 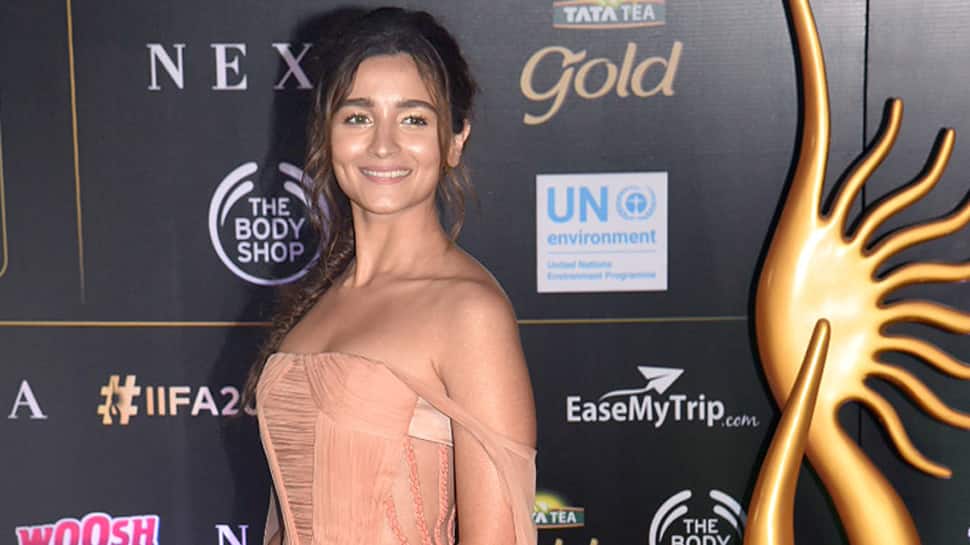 New Delhi: Alia Bhatt, who channelled the look of a Greek goddess at the IIFA awards, has shared a behind-the-scenes clip of her look, which will just surprise you.

In the 10 minutes 14 seconds video, the actor, who won the Best Actor (Female) award for `Raazi`, can be seen introducing her team which includes celebrity makeup artist Puneet B Saini, her assistant Fauri, and hairstylist Yianni.

"Since the look is for an award function, it has to be more elaborate," Alia can be heard saying.

She then flaunts two dresses which were designed by Georges Chakra, one pink and the other nude.Later the `The Student of the Year` actor revealed some secrets as in what she likes to do when she sits down to get ready for any event, which is nothing but gossip.

Punit then tries to explain the concept behind using a warm makeup tone for the actor`s red carpet look.There is also a long session wherein Yianni explains the hairdo, which comprises two braids.In the end, the actor flaunts her look as she gets clicked before the gala event.

On the work front, the actress will next be seen in Ayan Mukerji directorial `Brahmastra` starring Ranbir Kapoor and Amitabh Bachchan.