Alia Bhatt spotted in hues of green at the airport—Pics

Alia Bhatt was snapped at the Mumbai airport on Sunday and was seen wearing a neon-green sweatshirt with matching trousers.

New Delhi: Bollywood actress Alia Bhatt is known for her spectacular fashion sense and is often in the limelight. The stunner was snapped at the Mumbai airport on Sunday and was seen wearing a neon-green sweatshirt with deep green trousers. For the footwear, Alia chose a pair of brown boots and left her hair open. She smiled at the paps while they clicked her pics.

Check out the pictures from the airport here: 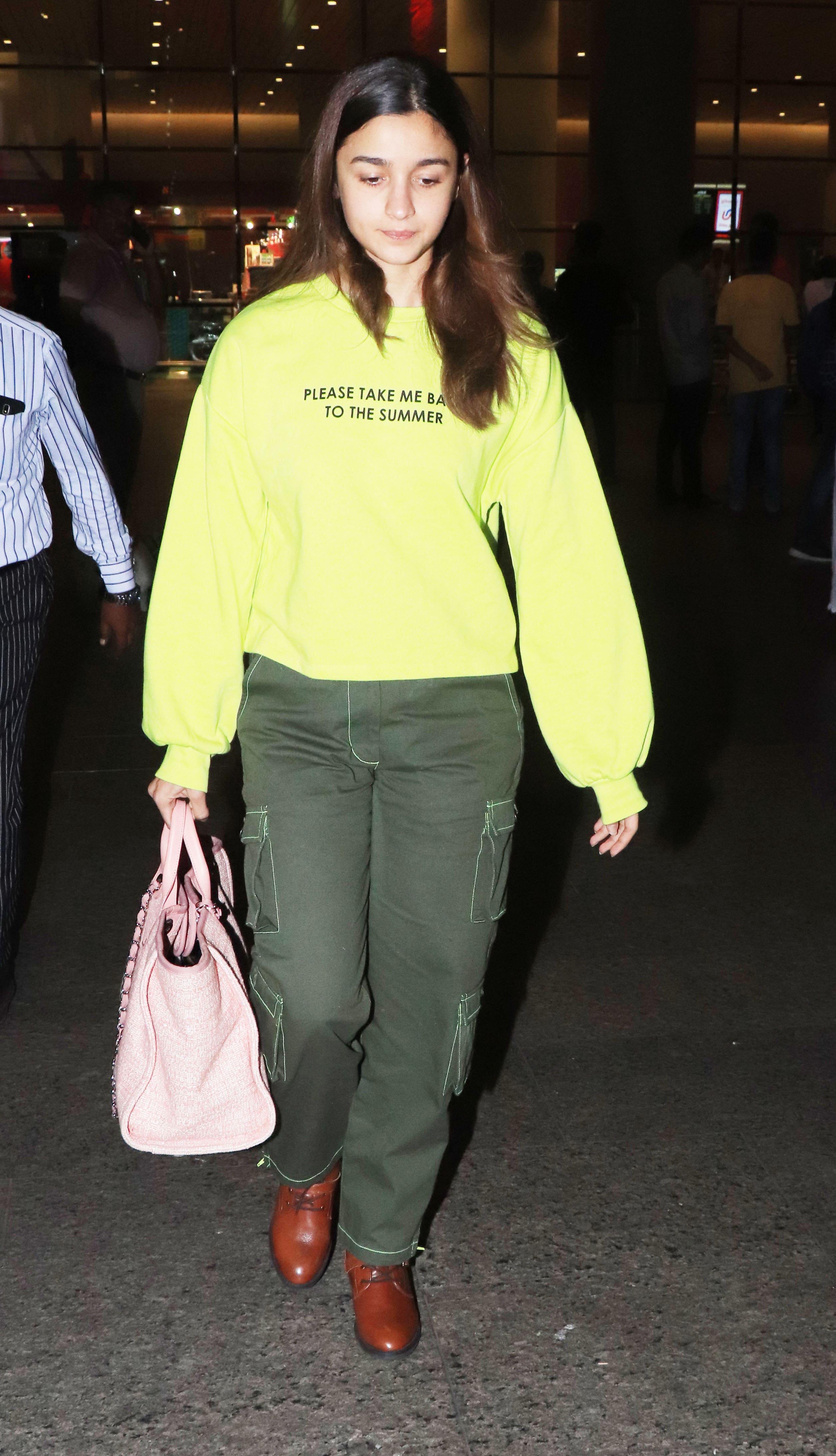 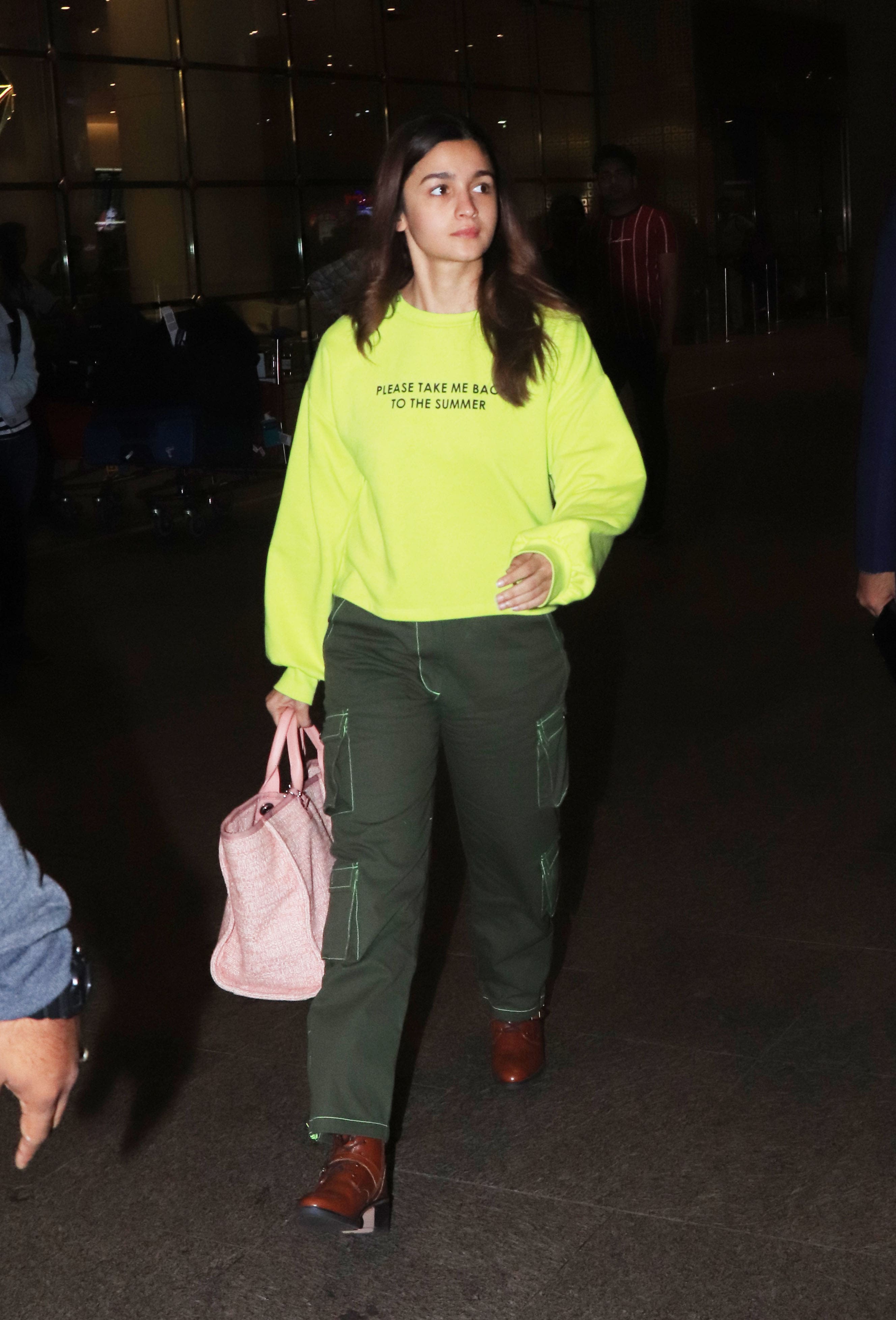 On the work front, Alia is all set to weave magic on the silver screens with Ayan Mukerji's 'Brahmastra'. The actress will share screen space for the first time with her beau Ranbir Kapoor.

Legendary actor Amitabh Bachchan plays a pivotal role in the film while Shah Rukh Khan will be seen in a cameo appearance. The film is slated to release next year and Alia plays the role of Isha in the film.