Alia Bhatt, who is currently vacationing in celeb-favourite destination Maldives, has been sharing breathtaking pictures of herself and her gal pals from the land of sand and beaches. The actress has been delighting her fans with regular pictures and the latest addition shows her smiling her heart out with her best friends. 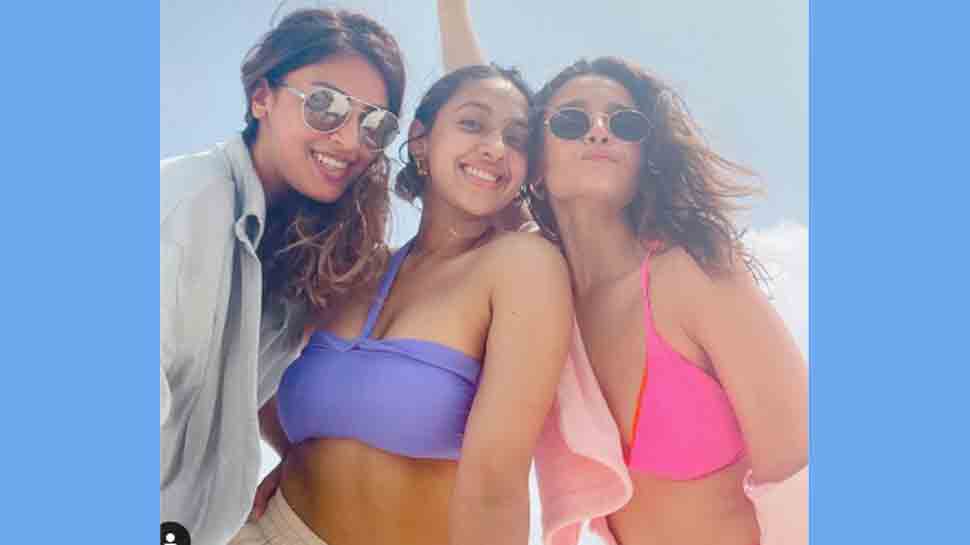 NEW DELHI: Actress Alia Bhatt, who had been shooting extensively for Sanjay Leela Bhansali's 'Gangubai Kathiawadi' and dabbling the mega south project 'RRR', took off to the island nation last week with her sister Shaheen and BFFs Akansha Ranjan and Anushka Ranjan. Over the last few days, the gals have been sharing pics and glimpses of her exotic time, pool time and picturesque sunsets. And the internet is all but blazing with photos of the girls slaying it in beachwear in the picturesque locations of the Maldives.

On Tuesday, Alia took to Instagram to share another picture of herself where she is seen having a fun time with her gal pals. In the first picture shared by the 'Shandaar' girl is seen sporting a pout as she posed for the camera alongside her BFFs. Alia can be seen rocketing a neon pink bikini. The actress summed up her holiday mood in her caption, writing, ""Heal, learn, grow, love."

Alia's sister Shaheen too shared a picture of herself with her sista as they pose against the blue water of Maldives. She captioned the selfied with two fishes emojis.

Over the last few days, Akansha and Anushka Ranjan have also been sharing stunning photos and videos from the island.

While Alia is vacationing in Maldives her boyfriend Ranbir Kapoor returned from Delhi after wrapping up the first schedule of Luv Ranjan's untitled film. The film features Shraddha Kapoor as female protagonist.

Sajid Khan wants fans to call him Sajid-Wajid: 'I am no one without him'