Alia shared yet another pic with her 'Sadak 2' family and we bet you won't be able to take your eyes off the adorable pic! 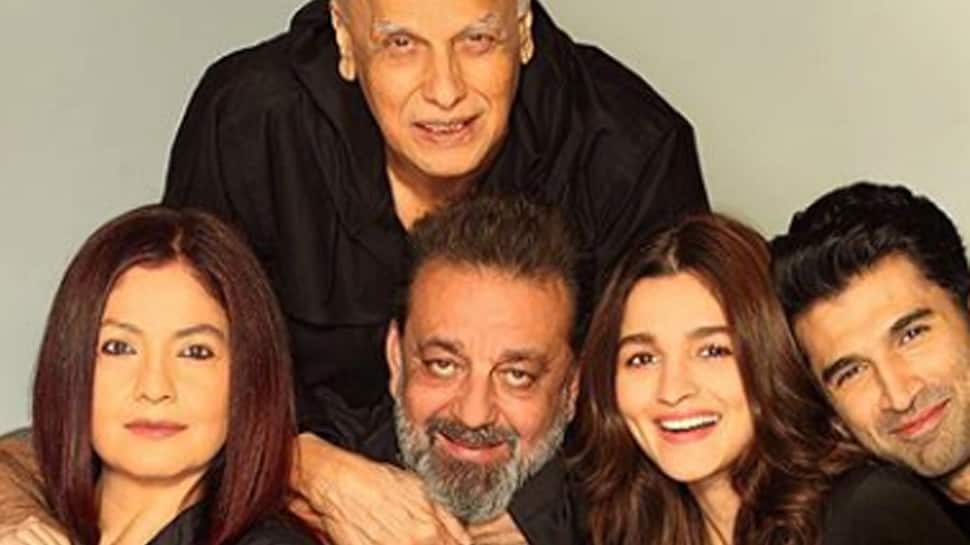 New Delhi: Bollywood actress Alia Bhatt gave us all a sweet surprise by announcing that she will star in the sequel of 1991 cult film 'Sadak'. Not only this, the actress will be directed by father Mahesh Bhatt for the very first time and also share screen space with sister Pooja Bhatt. 'Sadak 2' marks Mahesh Bhatt's return to the world of directing films after a gap of almost 2 decades! Apart from Alia and Pooja, Sanjay Dutt and Aditya Roy Kapoor will also play lead roles in the film.

Alia shared yet another pic with her 'Sadak 2' family and we bet you won't be able to take your eyes off the adorable pic!

Coming to the 1991 film, it starred Sanjay Dutt and Pooja Bhatt in leading roles and went on to become a path-breaking film of the era.

The film revolved around a brothel owned by Maharani (played by Late Sadashiv Amrapurkar).  Pooja (Pooja Bhatt) is forced to work as a prostitute. Ravi, a taxi driver (played by Sanjay Dutt) falls in love with Pooja and wishes to bring her out of prostitution. He relates to Pooja's circumstance because his own sister was forced into flesh trade. He makes several attempts to save Pooja and in the end kills Maharani to rescue her from the brothel.

Well, with the sequel of the film confirmed, this will surely be one of the most awaited releases of 2020.