Actress Kangana Ranaut, who will next be seen in a bilingual film titled "Jaya", which is based on the life of former Tamil Nadu Chief Minister and yesteryear actress Jayalalithaa, said that she always wanted to work in regional films. 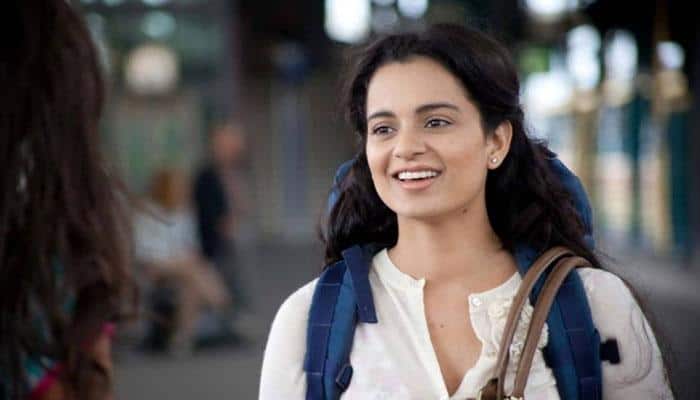 Mumbai: Actress Kangana Ranaut, who will next be seen in a bilingual film titled "Jaya", which is based on the life of former Tamil Nadu Chief Minister and yesteryear actress Jayalalithaa, said that she always wanted to work in regional films.

Since people down South do not watch Hindi films, Kangana feels there's a disconnect with that part of the country.

Kangana was interacting with the media on her 32nd birthday on Saturday when she announced that she was all set to step into the shoes of the late Jayalalithaa, who was fondly referred to as "Puratchi Thalaivi", which means "revolutionary leader".

Sharing her feelings of being a part of "Jaya", Kangana said: "I always wanted to work in regional films because when we go to Tamil Nadu or Andhra Pradesh, we realise that people over there only watch films made by their local film industry. So there is a disconnect with that part of the country. I was waiting for a good opportunity to work over there and this film just came my way.

"I was working on my own biopic, but her (Jayalalithaa) story is very similar to my story. In fact, it is a bigger success story than mine. When I heard the narration of this film, I found many similarities between both the stories. So when I had the option to do a film based on her story or my story, I decided on the former."

When asked in how many languages the makers have decided to release "Jaya", Kangana said: "It will be made mainly in Tamil and will release in Hindi as well."

On whether she will learn Tamil for the film, she said: "Yes...Unless I fail miserably and they (the makers of the film) have to look for an option for my dubbing. But I will definitely learn the language."

Titled "Thalaivi" in Tamil and "Jaya" in Hindi, the film will be directed by A.L. Vijay, one of the leading filmmakers down South who has earlier directed landmark films such as "Madrasapattinam" and "Deiva Thirumagal".

Written by K.V. Vijayendra Prasad of "Baahubali" and "Manikarnika" fame, the film will be produced by Vishnu Vardhan Induri and Shaailesh R. Singh under the banner of Vibri and Karma Media and Entertainment.