Priyanka Chopra attended the Jonas concert for the first time 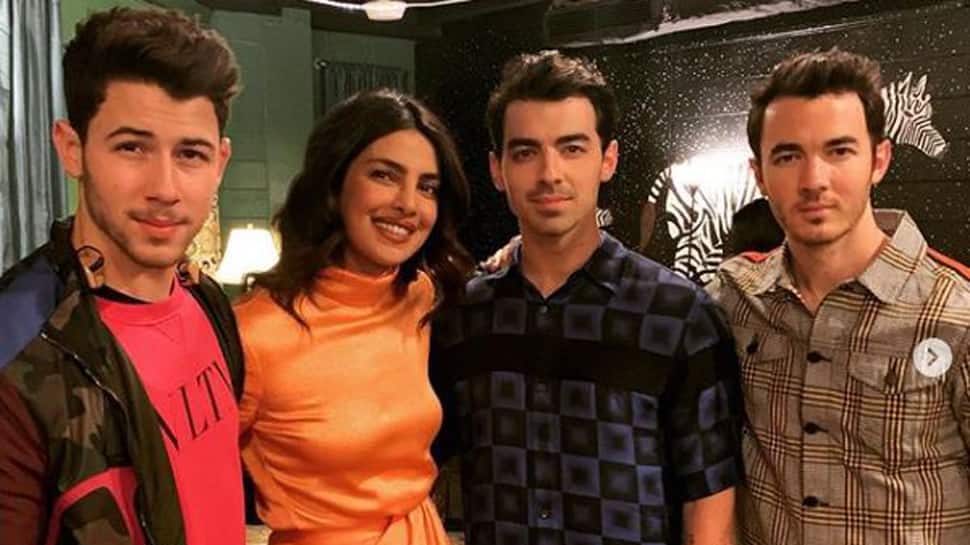 New Delhi: An international magazine published an article claiming that Priyanka Chopra and Nick Jonas are headed for a divorce four months after being married to each other. However, the news turned out to be a complete hoax as PeeCee was seen having the time of her life at the Jonas concert, which she attended for the first time.

Sharing a picture on Instagram of the Jonas brothers, Priyanka wrote, "My first ever #jonasbrothers show. And it was incredible!!! I’m so proud of these guys!!”

On Saturday, Priyanka shared a picture with the entire Jonas family as they had gathered for the graduation ceremony of the youngest brother of Nick, Franklin Jonas. Sharing pictures, PeeCee wrote: “The man of the hour!! @franklinjonas we r so proud of u.. “Graduate” ! Can’t wait to witness what else u will accomplish in your life. To bigger and greater heights! Love u.”

Priyanka along with her husband Nick and his brother Joe Jonas-Sophie Turner were holidaying in Miami a few days ago. The actress also shared a video from her vacay in which she can be seen dancing on Kareena Kapoor's Tareefan.

On the work front, PC was last seen in Hollywood film Isn’t It Romantic, and has finished shooting for Bollywood project titled The Sky Is Pink, which also stars Farhan Akhtar and  Zaira Wasim.