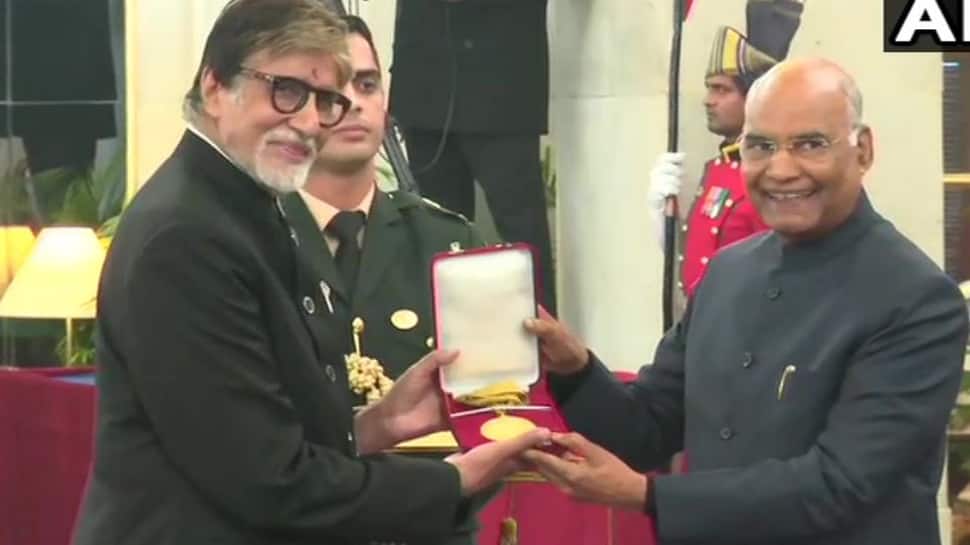 The megastar was conferred with the highest honour of the film industry for his tireless outstanding contribution to the world of cinema.The prestigious award is named after the father of Indian cinema, Dhundiraj Govind Phalke. It was instituted in 1969.

The award is conferred by the Central government for outstanding contribution to the growth and development of Indian cinema.

The award comprises a golden lotus and a cash prize of Rs 10 lakh.

The 77-year-old actor was immensely being congratulated by the Bollywood fraternity when the news of his nomination went on air.Last seen onscreen in `Badla`, Bachchan is a recipient of four National Film Awards for his roles in `Agneepath`, `Black`, `Paa` and `Piku`. He made his acting debut in 1969 with `Saat Hindustani`.He was honoured with Padma Vibhushan - the country`s second-highest civilian honour in 2015