Cannes Film Festival is an annual movie festival held in France, which previews new films, including documentaries from all around the world. 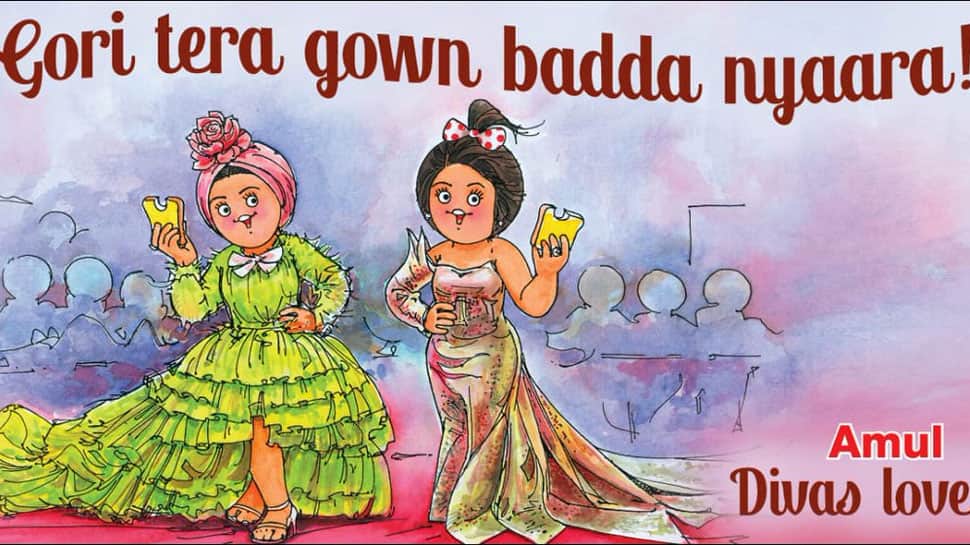 New Delhi: Our desi beauties are slaying the red carpet at the ongoing prestigious Cannes Film Festival. Each year, Indian celebrities head to the coveted French Riviera and make their lasting impressions across the globe.

Amul, the country's largest food product organisation has a strong online presence too. The cooperative dairy is known for sharing witty and hilarious topicals on relevant stuff. And how can they not have something interesting to share on Cannes.

Cannes Film Festival is an annual movie festival held in France, which previews new films, including documentaries from all around the world. This is the 72nd Cannes festival which began from May 14 and will last till 25th of this month.

Aishwarya Rai Bachchan landed at Cannes with daughter Aaradhya by her side. She too has been making headlines for her exceptional looks this year at the red carpet.