The actress has the perfect caption describing her picture as she shared a click of herself from a picturesque location. 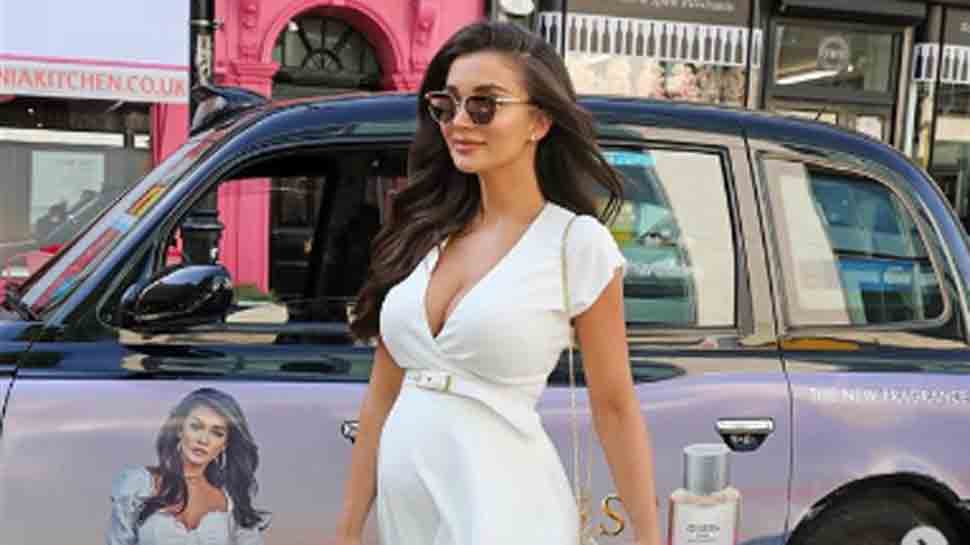 New Delhi: The stunning British beauty Amy Jackson is currently enjoying her pregnancy phase. The actress, who was in relationship with George Panayiotou, got engaged to him in London, early this year. The couple is expecting their first baby together.

Amy recently took to her Instagram to share a captivating picture of herself in which she is seen flaunting wher baby bump. The 'I' actress is seen sitting on a deck of a boat, enjoying the serenic beauty. Looking stunning as always, Amy is dressed up in a white outfit which she teamed with a hat and a silver bracelet.

"This little one has been to more places in the last 9 months than I’d been in my first 9 years #BabyWorldTraveller," read the caption.

The couple started dating each other in 2015 and the actress made it official by sharing a picture of them together on Valentine's Day, 2018.

Earlier, Amy took to her Instagram to announce the arrival of their first child. She wrote, "I’ve been waiting to shout it from the rooftops, and today, being Mother’s Day couldn’t be more perfect… I already love you more than anything in this world, the purest most honest love. We can’t wait to meet you our little Libra one.” (sic)

Amy has featured mostly in Telugu, Tamil, and Hindi film industry and has proved her mettle as an actress.

She was last seen in Rajinikanth-Akshay Kumar starrer '2.O'. Post that, she hasn't signed for any films and looks like she will be taking a break from films for some time from now.