A minute mistake committed by Ananya in a Twitter post caught the eye of the trolls who attacked her for her spelling error. 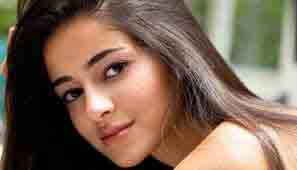 New Delhi: Ananya Panday, who made her Bollywood debut with Punit Malhotra's 'Student Of The Year 2', is an active social media user. And the girl keeps her fan base updated by regularly sharing pictures and videos from her daily routine. The actress has been in the headlines for launching an awareness initiative against social media bullying.

Ananya, who is best friends with Shah Rukh Khan's daughter Suhana Khan and Sanjay Kapoor's daughter Shanaya Kapoor, recently took to Twitter to share a picture of the trio. The picture went viral on the internet in no time. And while it received hundreds and thousands of 'Likes', there were some noticed a blundered Ananya had committed and called her out.

Ananya had captioned the picture as 'Charlie's Angles' instead of 'Charlie's Angels' and the actress was attacked by a section of users for the spelling error. As soon as she recognised the mistake, she immediately deleted her post and reshared it, with correct spelling. However, little did the girl know that she would be trolled once again for deleting and sharing the same post.

Below are some of the reactions to her recent post: 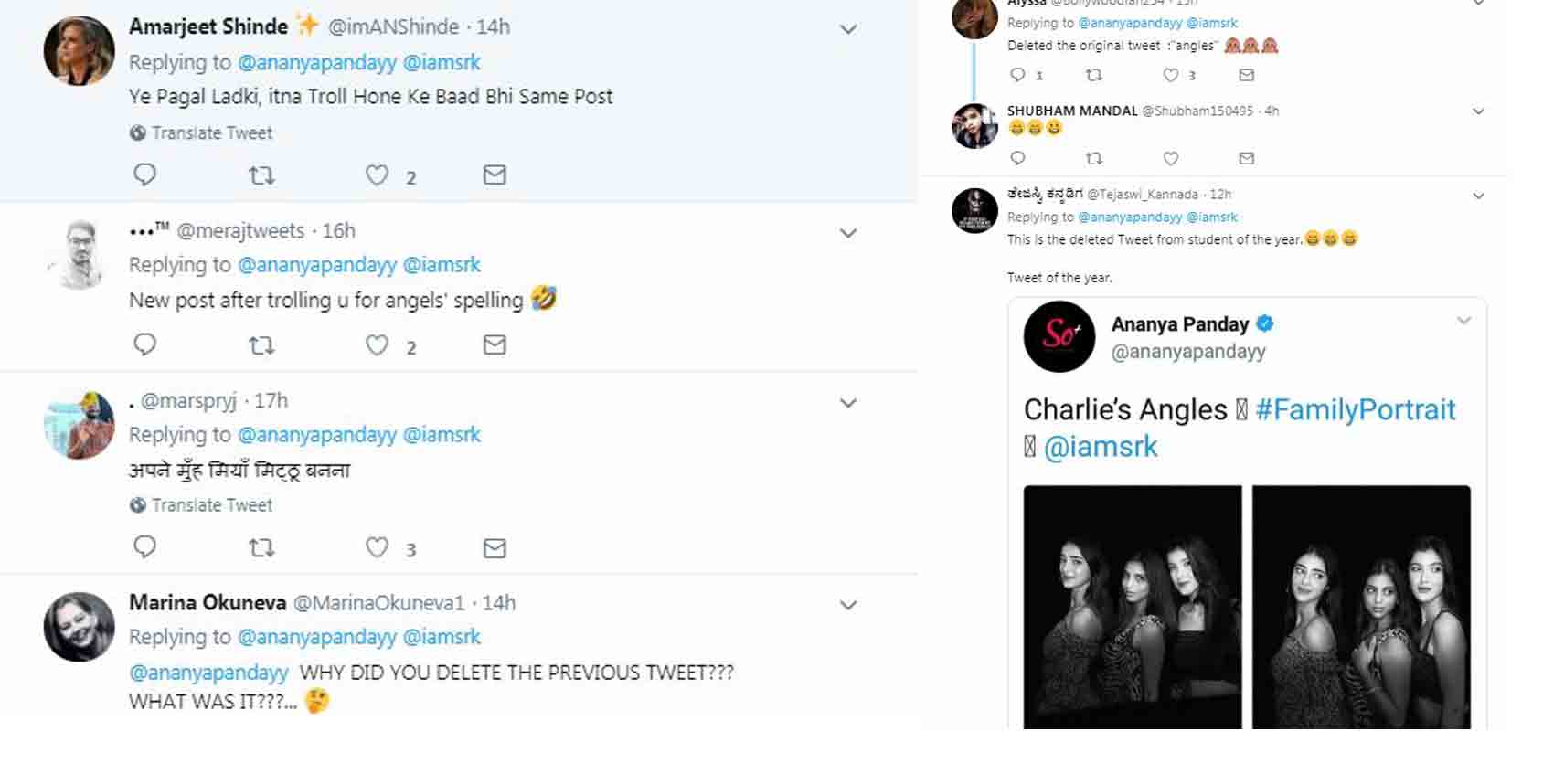 Next dose of nepotism is ready for the familywood___

On the professional front, Ananya is working on the remake of 'Pati Patni Aur Woh'.  The film also features Kartik Aaryan and Bhumi Pednekar in the lead roles. While Kartik and Bhumi will be essaying the role of a married couple, Ananya will be seen as a secretary who tries to woo her boss, played by Kartik. The actress also revealed sometime back that she has been working hard to gain a few extra kilos for her role.

In the meantime, the actress has jetted off to Lucknow on a two-month schedule of the film.

Directed by Mudassar Aziz, the film is scheduled for release on December 6, 2019.