Actor Angelina Jolie has once again channelled her inner fashionista while vacationing with veteran actor Jacqueline Bisset in Paris. 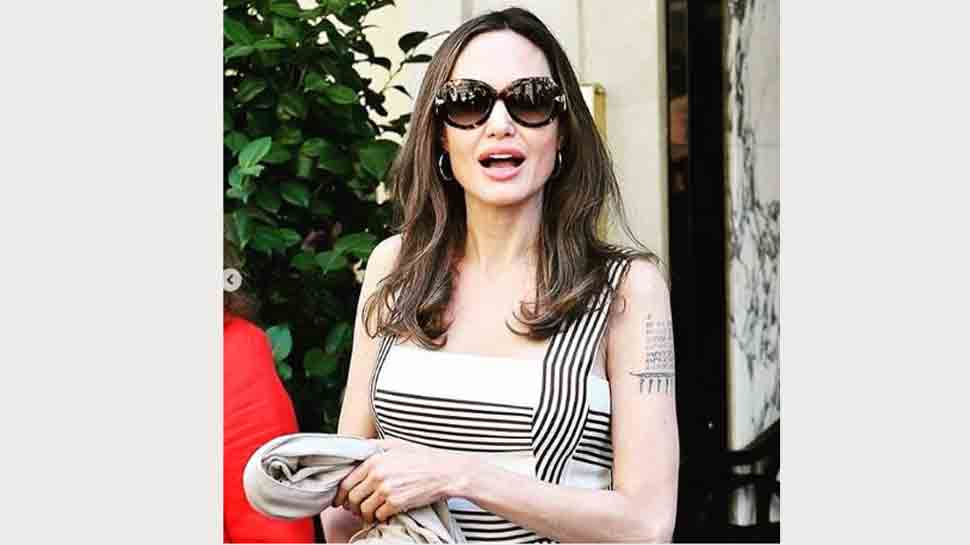 Mumbai: Actor Angelina Jolie has once again channelled her inner fashionista while vacationing with veteran actor Jacqueline Bisset in Paris.

Jolie looked gorgeous on Tuesday as she left a hotel donning a black and white striped maxi dress with thick striped straps and a bit of a cinched in waist, reported Hollywood Life.

Meanwhile, Bisset, 74, opted for white skinny jeans, a red and white striped T-shirt, and a bright red blazer on top.

Interestingly, the duo has been coordinating their outfits while in Paris. While they chose to wear stripes for their trip to a store on Tuesday, they both chose to wear cream outfits the day before.

Jolie suddenly popped up in France on Monday after she was snapped only days ago spending time with her children in Los Angeles.

The actress stepped out in Paris alongside Bisset in a flowy, Grecian-style, pleated white dress, brown belt with a bag flung over her shoulder. Bisset, who is believed to be her godmother, was spotted in a white pantsuit, reported Metro.co.uk.

Jolie's vacation in Paris comes after the release of the trailer for the second spin of 'Maleficent', titled 'Mistress Of Evil'.

The movie sees Jolie assume the character of the horned fairy for another film.

Shahid Kapoor, Mira Rajput shoot for commercial together at Mehboob studio — Pics inside