Ankita was seen chanting God's name throughout the video and also urged everyone to go for the preventive jab. 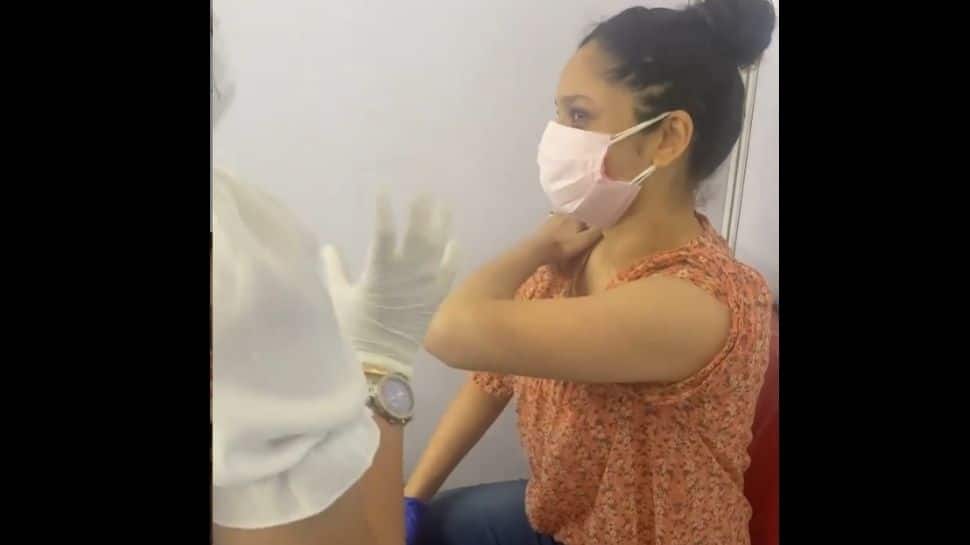 New Delhi: TV actor Ankita Lokhande on Saturday, May 08, took her first dose of COVID vaccine and also encouraged all her fans to go for the preventive jab. Although, Ankita was extremely petrified while taking her first jab and was seen chanting God's name throughout the process.

The ‘Pavitra Rishta’ actor shared the hilarious video on her Instagram handle and it left her fans and friends in splits.

She captioned the video and wrote, "I got mine, get yours as soon as possible. #gotvaccinated #fightagainstcorona."

Till date number of celebrities including Salman Khan, Malaika Arora, Saif Ali Khan, Anupam Kher, Gurmeet Choudhary and Farhan Akhtar among others have got vaccinated with COVID vaccine.

Ankita shot to fame through her popular TV show ‘Pavitra Rishta’ which also starred her ex-boyfriend and late actor Sushant Singh Rajput. She has also worked in shows including- ‘Ek Thhi Naayka’ and ‘Shakti - Astitva Ke Ehsaas Ki’ to name a few.

She made her Bollywood debut with ‘Manikarnika: The Queen of Jhansi’ and was later seen in a supporting role in ‘Baaghi 3’.