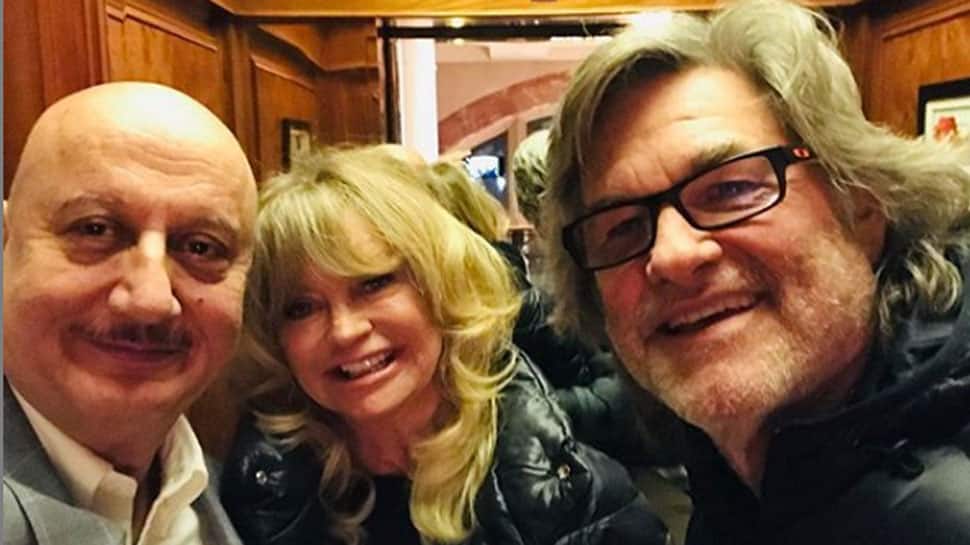 Anupam on Thursday posted a photograph with Hawn and Rusell, whom the 63-year-old called "fantastic actors".

"It was such a pleasure to meet the golden couple of Hollywood - Goldie Hawn and Kurt Russell. Apart from being fantastic actors they are also delightfully wonderful people. Beautiful encounters, an Indian actor in US," he captioned the image.

Russell, who is married to Hawn, have worked together in movies like "Overboard", "Swing Shift" and "The One and Only, Genuine, Original Family Band".

Anupam is now gearing up for the second season of the medical drama series "New Amsterdam".

Inspired by Bellevue, the oldest public hospital in the US, the series follows the brilliant and charming doctor Max Goodwin played by actor Ryan Eggold, the institution`s newest medical director who sets out to tear up the bureaucracy and provide exceptional care.