A Kashmiri Pandit himself, Anupam welcomed the move with open arms. 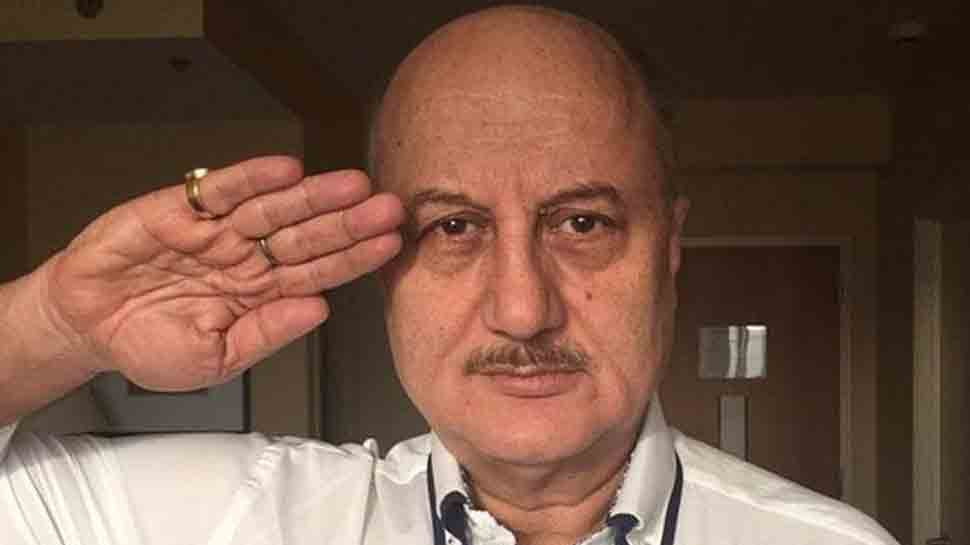 New Delhi: As Article 370 of the Constitution that gave special status to Jammu and Kashmir was scrapped on Monday, veteran actor Anupam Kher, a loud voice in the debate over the state, said that being a Kashmiri himself, it was an "emotionally powerful moment" for him.

The 64-year-old welcomed the move with open arms. A Kashmiri Pandit himself, known to have strong views about the exodus of the community, said that "today marks a remarkable day in the history" and called Article 370 the "most damaging."

Speaking on the move, Anupam in a video said, "Today marks a remarkable day in the history of our great nation India. The most damaging Article 370 has been abolished by the Modi government from Jammu and Kashmir. Being a Kashmiri myself, it`s an emotionally powerful moment to witness history unfold before my own eyes.

He further thanked Prime Minister Narendra Modi and Home Minister Amit Shah for "such a bold move in the national interest."

"I would like to thank PM Modi and Home Minister Amit Shah for such a bold move in the national interest. Let the best industrialist invest in Kashmir and make it an incredible destination for humanity, peace, and prosperity," he said.

"I also want to tell all the fellow Kashmiris that we are all equal Indians. There should be no divide or hatred or violence. We have to live together, hand in hand in Bharat and we will as proud Indians. Jai Hind," he concluded.

Apart from Anupam, the famous Indian engineer, Sonam Wangchuk, by whom the popular Bollywood film '3 Idiots' was inspired, expressed his happiness and thanked the Prime Minister for "fulfilling Ladakh`s longstanding dream," after Ladakh region was hived off into another Union Territory without legislature.

The Ramon Magsaysay Awarded Indian engineer known for his SECMOL campus running on solar energy, ice stupa, and many other inventions and social work in Ladakh, wrote, "THANK YOU PRIME MINISTER Ladakh thanks @narendramodi @PMOIndia for fulfilling Ladakh`s longstanding dream. It was exactly 30 years ago in August 1989 that Ladakhi leaders launched a movement for UT status. Thank you all who helped in this democratic decentralization.

I'm supposed to wear glasses but I never do: Nargis Fakhri