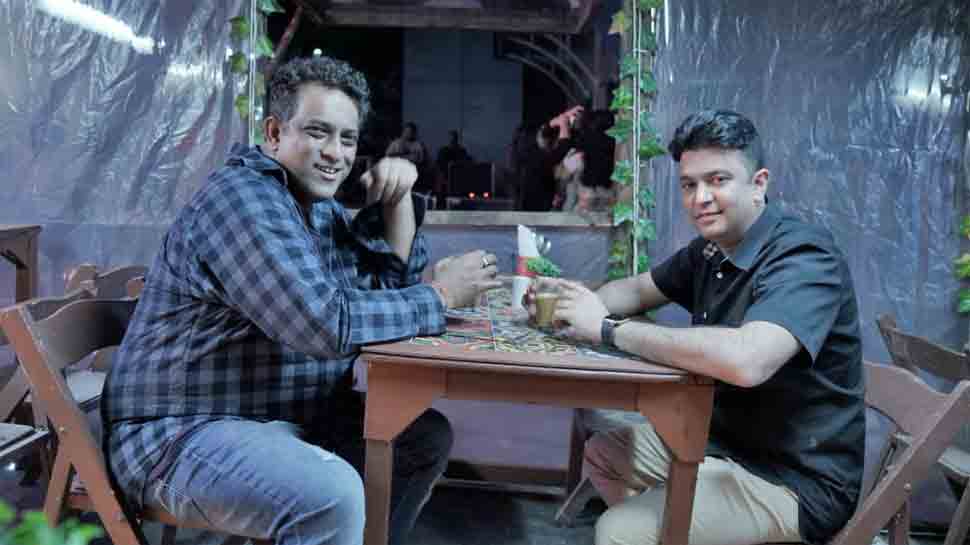 Mumbai: Filmmaker Anurag Basu's next untitled project will have four different stories set in an Indian metro. The multi-starrer film will be a dark action anthology and will showcase unavoidable jeopardies of life. Actors Abhishek Bachchan and Rajkummar Rao will feature in the film.

It is a slice of life film with stories intersecting each other amid drama and emotion.

While Anurag shot major sequences with Abhishek in Mumbai and Kolkata in 2018, he is currently busy shooting with Rajkummar and Fatima Sana Shaikh in Bhopal. The film also features Aditya Roy Kapur, Sanya Malhotra and Pankaj Tripathi in key roles.

Earlier, Rajkummar had shared a glimpse from the film on Twitter. In the photo, he and Fatima are standing beside a lake of what appears to be a heritage city.

Although the makers are yet to make an announcement about the film, reports suggest that the untitled venture is made on the lines of Basu's 2007 hit film 'Life In A Metro'. It will be narrating stories of four different people from four small towns of India.

The film is being produced by Bhushan Kumar, Anurag, Tani Somarita Basu and Krishan Kumar.

Earlier, talking about the film, said, "It's my pleasure to be working with Bhushan Kumar for my next that is a dark comic anthology. It's our first collaboration but doesn't seem like one. I am extremely happy to have found this talented new generation cast, though I will trust my old friend Pritam for music as always."