Virat Kohli, along with his team, headed to Miami earlier this week for the month-long tour against West Indies. Anushka Sharma, too, was spotted at the airport with Team India. 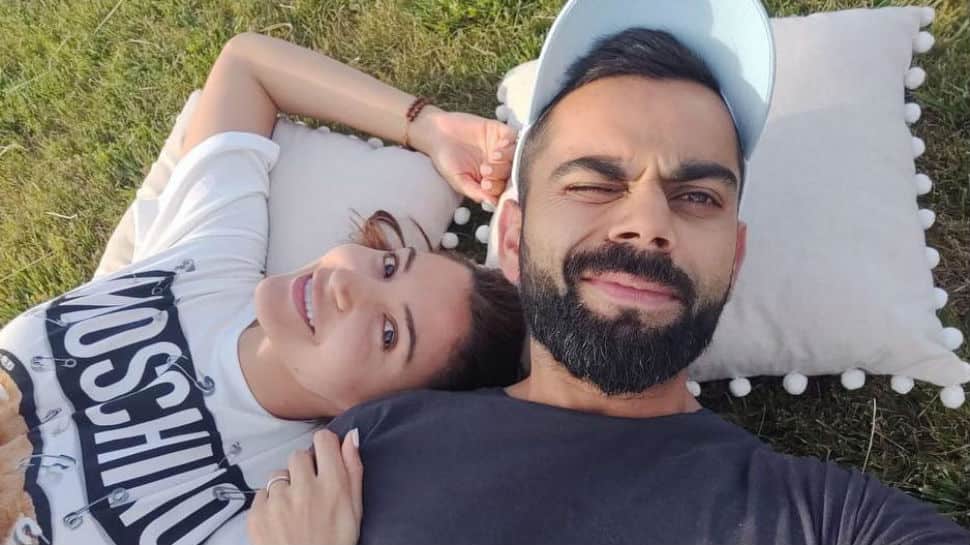 New Delhi: Star couple Anushka Sharma and Virat Kohli are currently enjoying some time together in Miami, Florida, ahead of the upcoming series against West Indies. Pictures of Anushka and Virat from their day out in Miami have been shared in plenty on the internet by their fan clubs.

Virat, along with his team, headed to Miami earlier this week for the month-long tour against West Indies. Anushka, too, was spotted at the airport with Team India.

In the pictures that have surfaced online, the couple can be seen chilling at a restaurant and happily pose with their fans.

Virat and Anushka together returned to India after the World Cup. Anushka cheered for the Men in Blue from the stands for most of the matches.

Anushka and Virat married in December 2017 in Italy in an extremely private wedding ceremony. In India, they hosted two wedding receptions for family, friends and colleagues.