Bollywood actress Anushka Sharma, who is on a sabbatical, is having the time of her life at a beach with hubby Virat Kohli. The actress is holidaying in West Indies where her husband is there for a test series. 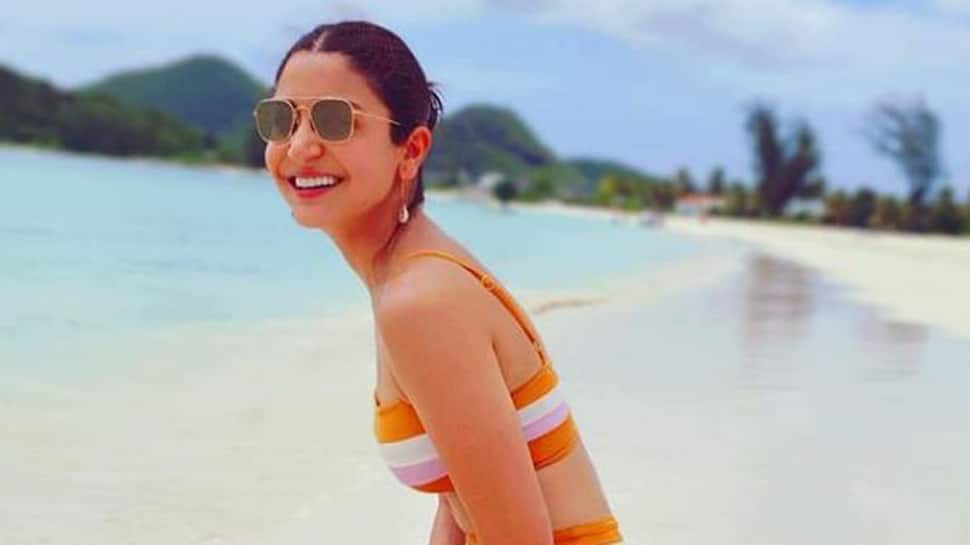 New Delhi: Bollywood actress Anushka Sharma, who is on a sabbatical, is having the time of her life at a beach with hubby Virat Kohli. The actress is holidaying in West Indies where her husband is there for a test series.

Anushka shared a sun-kissed picture on Instagram that has instantly set the internet on fire. Dressed in an orange and pink bikini, Anushka's radiant smile is everything you need to drive away your Monday morning blues.

Sharing the picture of herself by the beach, Anushka wrote,  "Sun kissed and blessed."

Virat was amongst the first ones to react. He posted a lovestruck emoji on his wifey's vibrant picture.

Earlier, Virat too posted a longish note on Instagram on completing 11 years in the world of cricket. Virat wrote, "From starting as a teenager on the same day in 2008 to reflecting on the journey 11 years after on this present day in 2019, I couldn't have dreamt of the blessings God has showered me with. May you all get the strength and power to follow your dreams and always follow the right path.. #forevergrateful."

On the work front, Anushka was last seen in Zero also starring Shah Rukh Khan in the lead role. The film tanked at the box office which compelled both Shah Rukh and Anushka to take a break from films. Talking about same, Sharma told filmfare, "I wanted to take a couple of months off after Zero. After I got married, it was like a whirlwind. I was back on the sets shooting for Sui Dhaaga: Made In India and later Zero. I was just working back to back. Whatever time I’d get, I'd try to balance and meet Virat. But I was feeling too worked up."