Anushka Sharma's love-filled selfies with hubby Virat Kohli are too cute to miss!

Anushka took to Instagram and shared some adorable throwback selfies with Virat that are too cute to miss. 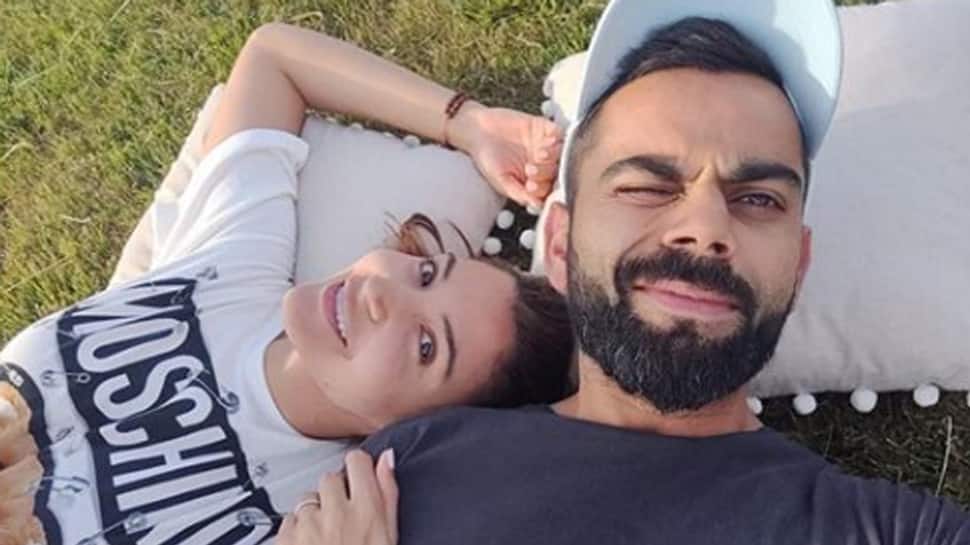 New Delhi: Bollywood actress Anushka Sharma often shares pictures with hubby Virat Kohli and the two make for a lovely pair. Be it enjoying their time off work at a foreign location or sharing love-filled selfies from home, 'Virushka' often give us major relationship goals.

On Wednesday, Anushka took to Instagram and shared some adorable throwback selfies with her hubby dearest that are too cute to miss.

The caption is, “Sun soaked and stoked #throwback”

Anushka and Virat tied the nuptial knot at Tuscany, Italy in December 2017.

The wedding was a private affair which was attended by close friends and family members. The bride looked stunning in a pastel pink Sabyasachi ensemble while the groom made heads turn in a sherwani by the same designer.

The couple announced their wedding by sharing their first pictures as man and wife on Twitter along with a statement. Ever since then, fans love seeing the two together and enjoying marital bliss.

On the work front, Anushka's latest outing 'Zero' failed to make an impression at the box office. However, the actress was lauded for her performance as she played the role of a scientist battling cerebral palsy. The film also starred Shah Rukh Khan and Katrina Kaif, who too were appreciated for their performances in the film.

Anushka's next project has not yet been announced and we are curious to know in which avatar will we get to see her next!