Arjun and Malaika initially kept their relationship under wraps, but they are now more open as the two have often been photographed together at parties and airport.

Mumbai: Actor Arjun Kapoor and entrepreneur Malaika Arora might have refrained from talking openly about their much-speculated relationship, but their social media PDA is adorable.

Recently, Arjun posted a photograph in which he flaunted his chiselled body and captioned it, "Warrior mode on". And while his post attracted a lots of comments from his industry friends, his girlfriend also reacted to it by leaving a delightful comment on it.

Malaika posted some bicep emojis in the comments section of the picture, that caught everyone's attention. Take a look at her comment: 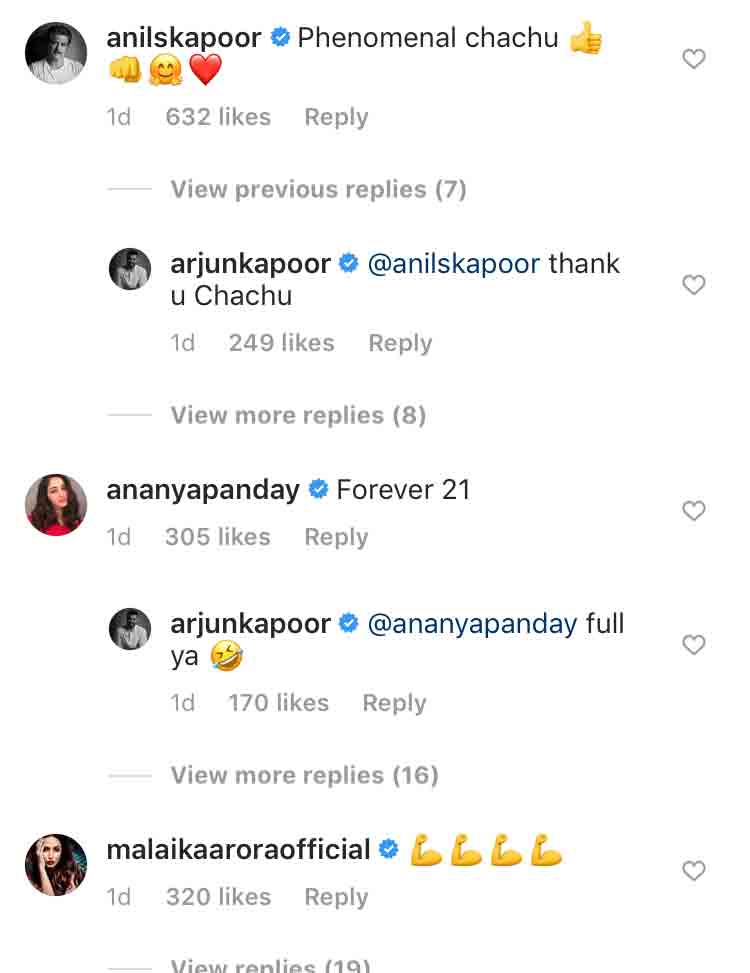 Arjun's warrior look in the picture is from his upcoming period-drama 'Panipat'. The film is directed by Ashutosh Gowarikar and also features Sanjay Dutt, Kriti Sanon, Monish Bahl, Padmini Kolhapure, Mir Sarwar among others.

Arjun was last seen in action-thriller 'India's Most Wanted'. Directed by Raj Kumar Gupta, the film story was about tracking a terrorist in a secret mission and arresting him without firing bullets. The film received mixed reviews and poor Box Office opening.