The show will end with the eighth season. With the show wrapping up, the actor has a list of things he wants to focus on. 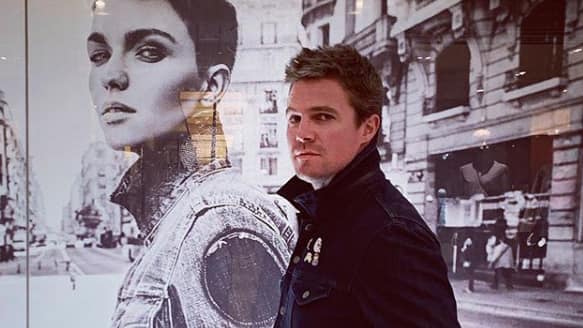 Los Angeles: "Arrow" star Stephen Amell owns properties in the US and pays taxes as well, but he can't vote. The actor says his goal is to spend enough time in America to qualify to be a citizen.

Amell got popular Oliver Queen aka the Green Arrow in hit show "Arrow". The show will end with the eighth season. With the show wrapping up, the actor has a list of things he wants to focus on.

"One of the reasons that I wanted to be done with the show is because I have a difficult time being an aspirational thinker when I'm in the midst of a project and I have a bunch of things that I want to do," Amell said.

"What do I want to do next? I want to put my roots back down in Los Angeles. My wife and I have a nice house there, but I've spent 100 days in it over the past four years," added the actor, who hails from Canada.

"One of my goal involves wanting to become an American citizen. And, in order to do that, you need to spend over 50 per cent of your time over the course of five years in the country. My daughter is a dual citizen. My wife is an American. I own property. I pay taxes. But I can't vote, so that's one of my goals; to spend enough time in the United States that I can qualify to be a citizen," he said.

"Arrow" went on the air in 2012. He made a mark by playing both the playboy-turned-good guy Oliver Queen and the hooded vigilante. The show is aired in India on Colors Infinity.

How does it feel to say goodbye to "Arrow"?

"I'm very emotional about it, but the time is right. Look, I'm 38 years old. I got this job when I was 30. Before this, I'd never had a job for more than a year. The fact that I've done this for the better part of a decade and I'm not going to do it anymore is a little frightening," he said.