Shah Rukh Khan's son Aryan was clicked with Ananya and Shanaya in Mumbai.

New Delhi: Gonna the days when children of Bollywood celebrities used to wait for their debut to gain fame and recognition among the masses. Today's Bollywood Gen-Y are the trend-setters and stay in the constant limelight. This young batch has their own fan bases and they often trend on the internet for their impeccable talents. There are also few who have become a source of inspiration for many.

Recently, a few of the star kids were spotted partying together in the Bandra suburb. Among them who were clicked were Aryan Khan, Ahaan Panday, Alaia Furniturewallah, Ananya Panday and Shanaya Kapoor. The gals had come all decked up for the bash.

Ananya, who was accompanied by her BFF Shanaya, came dressed up in a floral white tube top which she teamed with a skirt. Shanaya looked equally glamorous in a striped cropped blue shirt paired with a denim skirt. Aryan was seen in an oversized red sweatshirt and camouflaged pants.

Take a look at their photos below: 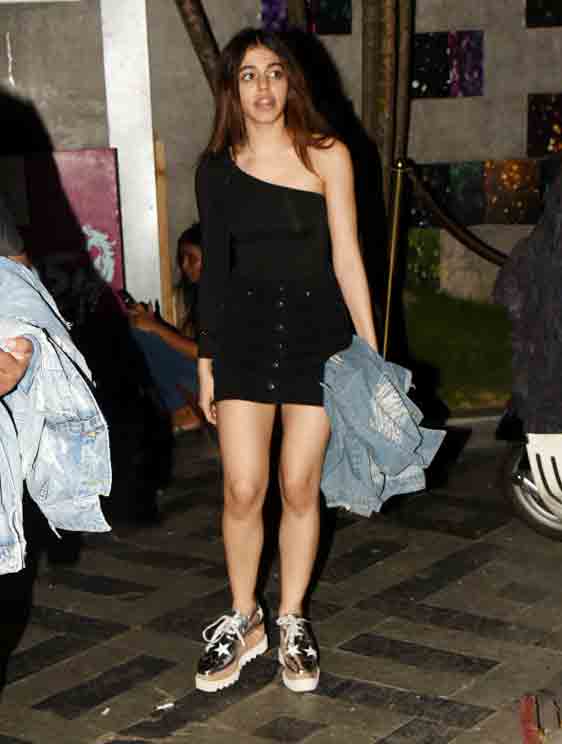 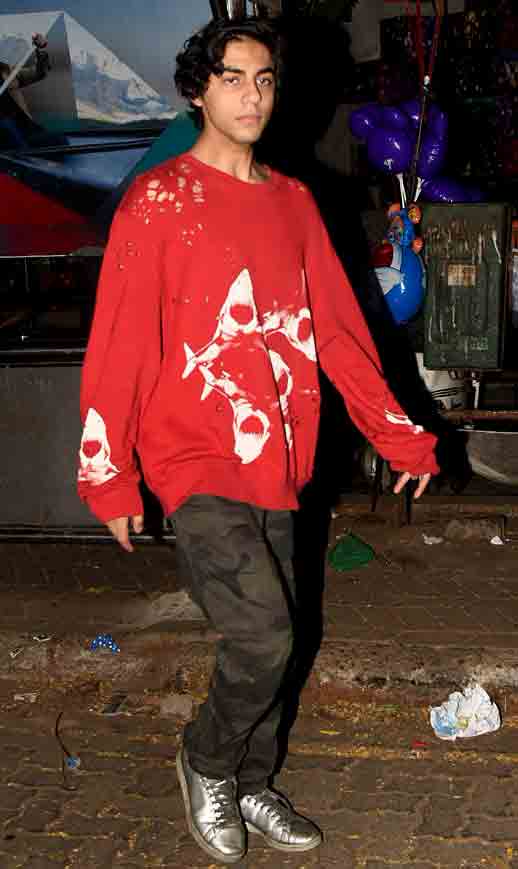 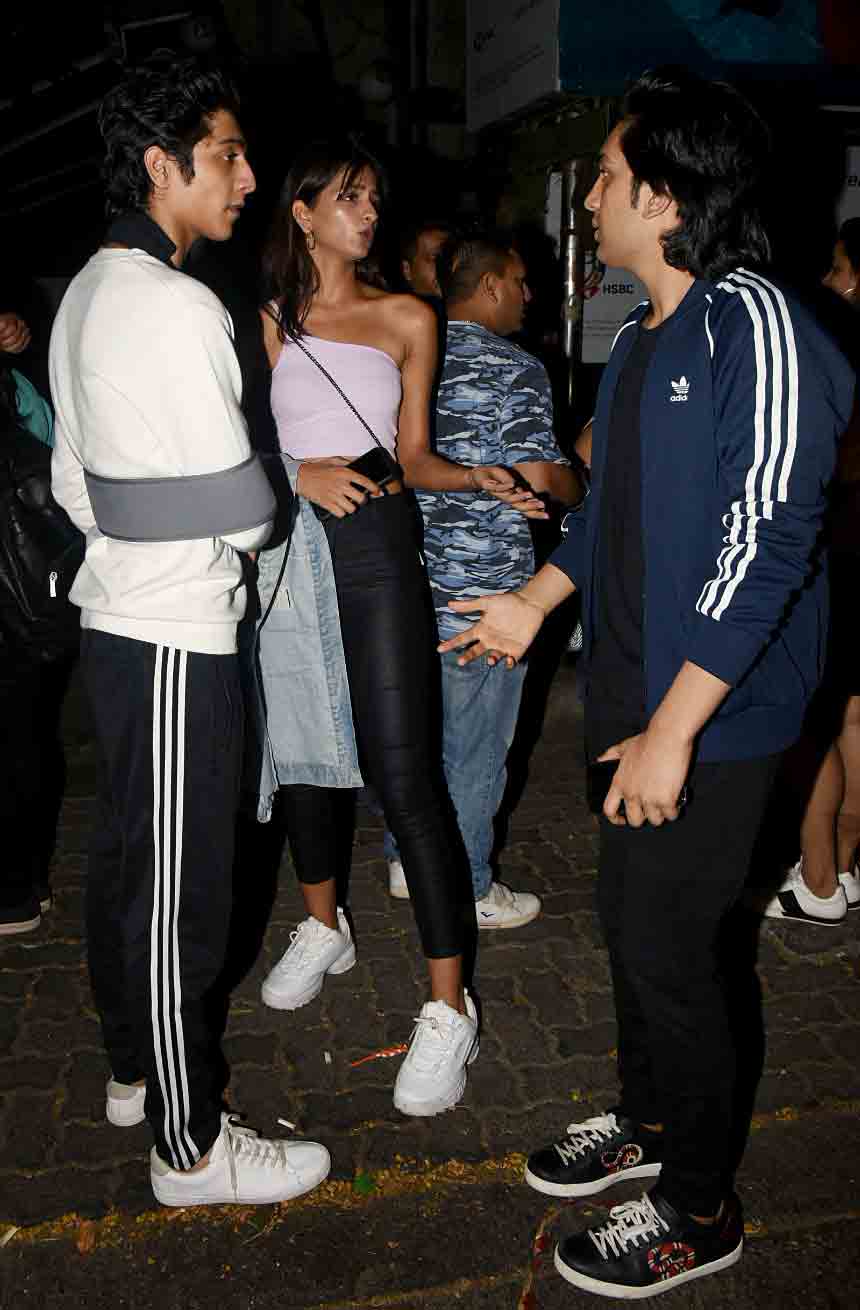 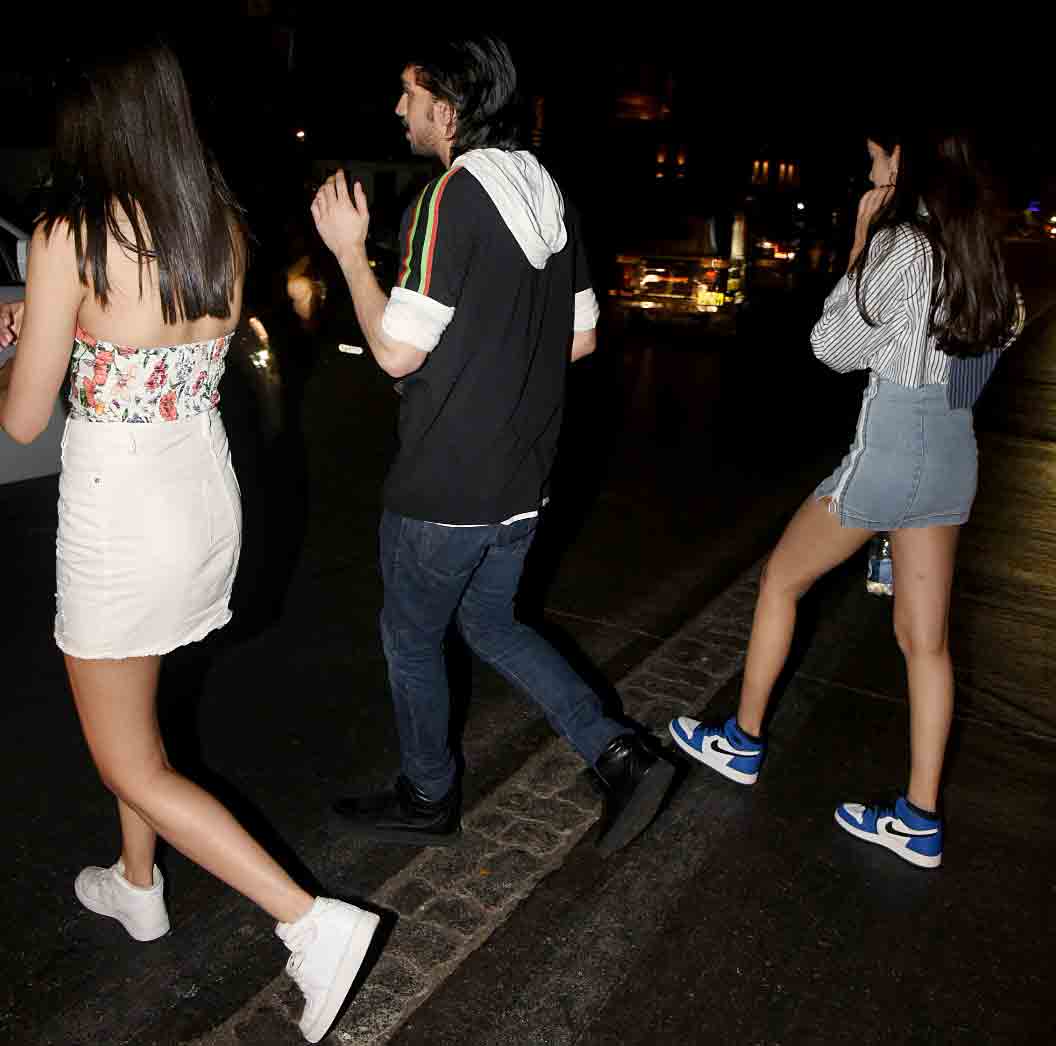 Aryan is rumoured to be gearing up for a starry debut. He is currently studying filmmaking at a school in California. A Mumbai Mirror report claimed sometime back that Shah Rukh Khan has been showing pictures of his son Aryan to Hollywood producers in a bid to bag a meaty project for his boy. However, it remains to be seen if Aryan opts for a global career with Hollywood or joins these bunch of newbies by making his debut in Bollywood.

Pooja Bedi's daughter Alaia, who wore an off-shoulder black tee with a black denim skirt, will soon be making her Bollywood debut with 'Jawaani Jaaneman'.

Shanaya is working as an assistant director on the sets of Janhvi Kapoor's upcoming film 'Gunjan Saxena' biopic. She is also attending her grooming session along with dance classes.

Ahaan Panday is also being groomed by Yash Raj Films.