Aryan Khan has been kept in the quarantine cell of Mumbai's Arthur Road jail. Although his RT-PCR report has come out to be negative, as per jail authorities, a new accused has to be kept in a quarantine cell for at least seven days. 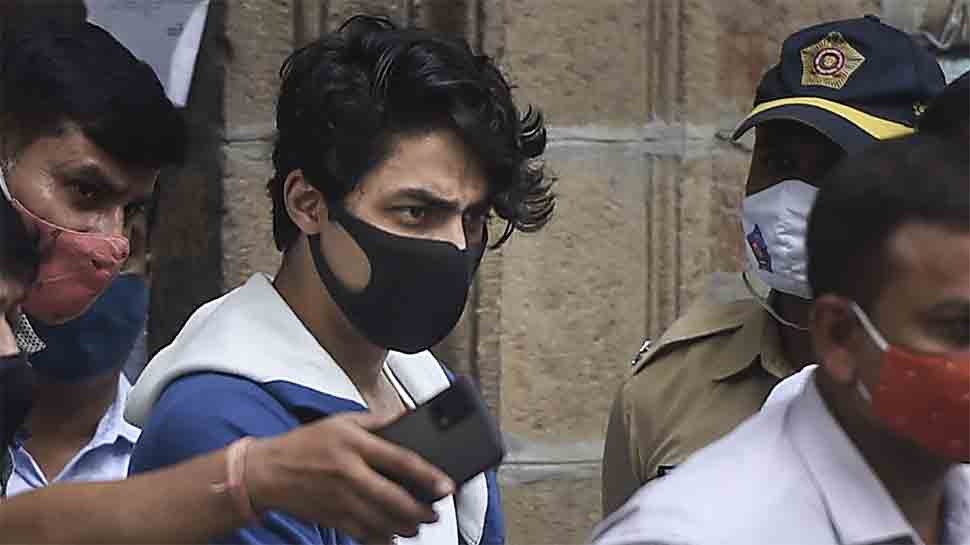 NEW DELHI: Mumbai's Esplanade court on Friday (October 8) rejected the bail plea of Shah Rukh Khan's son Aryan Khan, Arbaaz Merchant and Munmun Dhamecha, in a case related to the seizure of drugs following a raid at a party on a cruise ship off the Mumbai coast. According to reports, Aryan will now move to Mumbai session court and file a petition seeking his bail.

Aryan has been kept in the quarantine cell of Mumbai's Arthur Road jail. Although his RT-PCR report has come out to be negative, as per jail authorities, a new accused has to be kept in a quarantine cell for at least seven days.

The court had on Thursday sent Aryan Khan and seven others to judicial custody for 14 days in the drug seizure case. Narcotics Control Bureau (NCB) took Aryan Khan to its office in Mumbai after producing him before the Esplanade Magistrate court. All the eight accused were kept in the NCB office in judicial custody because the jail would not accept new inmates at this hour.

Since their arrest on October 3, a day after their detention following the rave party raid on the cruise ship, all the three accused were kept for six nights in the NCB lockup in the central agency's custody, in south Mumbai till they were sent to judicial custody on Thursday by Additional Chief Metropolitan Magistrate RM Nerlikar. On October 8 morning, all the eight accused youngsters underwent a medical test at the Sir JJ Hospital, before they were taken to the jails by the NCB under tight security. They will remain in the respective jails till they are granted bail, even as their lawyers and the Narcotics Control Bureau advocates were engaged in a fierce legal battle over this.

As many as 18 arrests have been made in the cruise ship raid case so far. Total 17 have been produced before the court and 18th person is yet to be produced before the Mumbai court. Achit Kumar, who is the 17th person arrested by the NCB, was today remanded to NCB custody till October 9. His arrest was made after his name was disclosed by Aryan Khan and Arbaz Seth Merchant.

An NCB team busted an alleged drugs party on a cruise ship which was on its way to Goa at mid-sea on October 2 night. On October 3, at least eight persons including Aryan Khan, Arbaz Seth Merchant, Munmun Dhamecha, Vikrant Chhoker, Ismeet Singh, Nupur Sarika, Gomit Chopra and Mohak Jaswal were produced before Mumbai's Esplanade Court earlier which remanded them to NCB custody till October 7.

Satish Maneshinde, the lawyer arguing in defence of Aryan Khan said in the court, "Accused number 1, Aryan Khan was invited for the cruise party. However, he did not have a boarding pass. He didn't have any seat or cabin there. Secondly, according to the seizure, nothing has been found in his possession. He is arrested only based on chats."