SRK's love for black is known and here Aryan can be seen donning a cool black sweatshirt with military green pants. 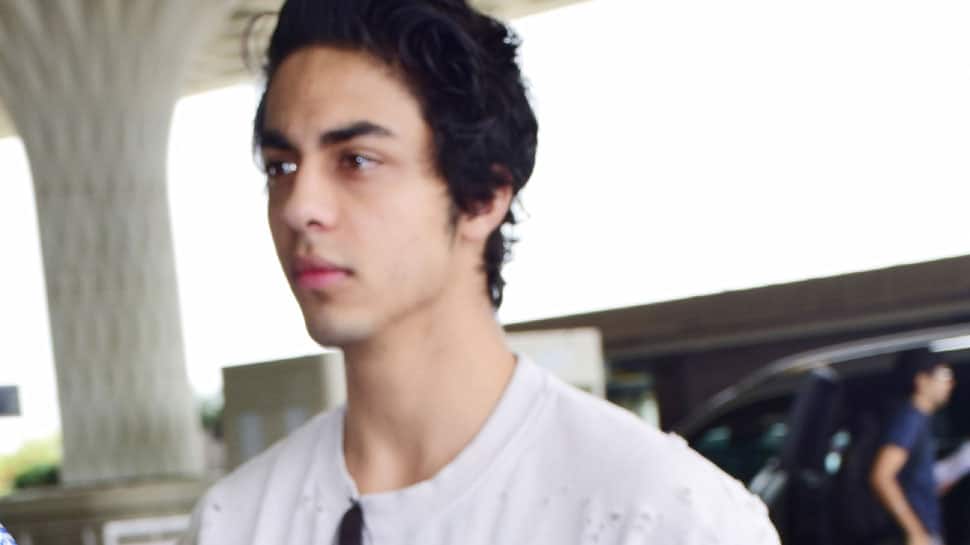 New Delhi: Superstar Shah Rukh Khan's dashing son Aryan Khan is one of the most famous star kids from B-Town. Speculations about his big-screen debut in a Karan Johar film have been doing the rounds for quite some time now. However, no formal announcement about his acting break has been made so far.

Aryan, who has several fan clubs dedicated to him on social media shared a new picture of him on Instagram. His striking resemblance to SRK is totally uncanny. Check out the photo here:

Aryan can be seen striking an intense pose sitting comfortably on a chair. Also, you can't miss those stylish red shades he's wearing. We love the way, how the father-son share even their sense of styling.

SRK's love for black is known and here Aryan can be seen donning a cool black sweatshirt with military green pants.

On the work front, after Aanand L Rai's 'Zero' with Anushka Sharma and Katrina Kaif, SRK has not announced any new project as yet. He lent his voice to Disney venture 'The Lion King' and dubbed for King Mufasa while son Aryan voiced Simba respectively.

The Hollywood venture became one of the top-grossing films this year.

Fans are waiting for Aryan to step into the world of movies.

Tiger Shroff-starrer 'Rambo' to go on floor in March 2020