At Neha Dhupia's baby shower, Angad Bedi has eyes only for his dearest wifey: In Pics

A baby shower was hosted for Neha Dhupia on Sunday, who is expecting her first child with husband Angad. 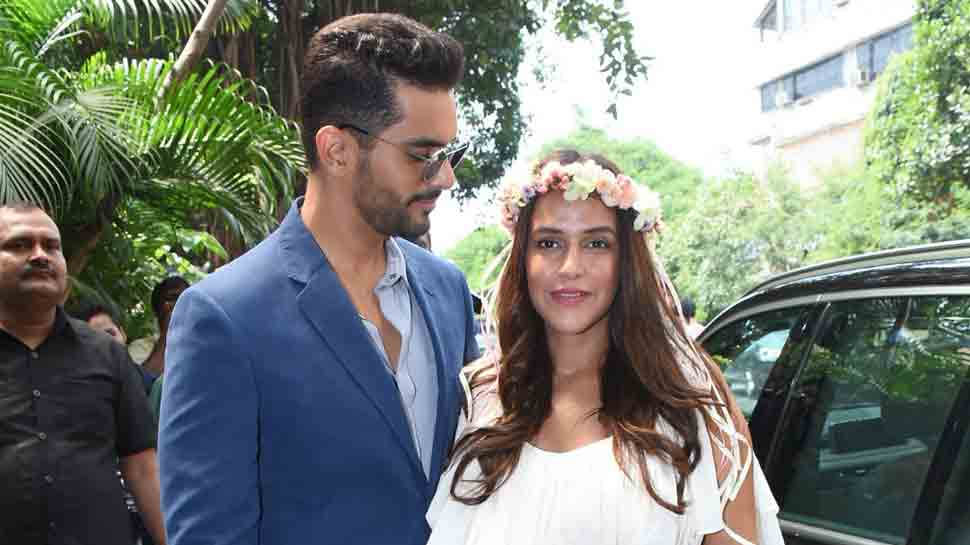 New Delhi: Neha Dhupia and Angad Bedi have been in the limelight ever since they tied the knot in a private ceremony in Delhi in May this year. And last month, they announced to the world that they are expecting their first child together. The news left everyone shocked as the duo was earlier resisting from accepting it. Ever since announcement to expand their family came from them, congratulatory messages started to flow from all corners of the world.

On Sunday, Angad threw a baby shower for his wife Neha, who has entered in her last trimester of pregnancy. The couple arrived atthe venue walking hand-in-hand looking absolutely adorable. For the occasion, Neha was dressed in a comfortable white flowy dress with frills which she paired with a tiara while Angad was all suited-up.

As a surprise, Neha's parents were also invited for the ceremony. In fact, the food menu also included the dishes which are her favourites.

Take a look at her photos here: 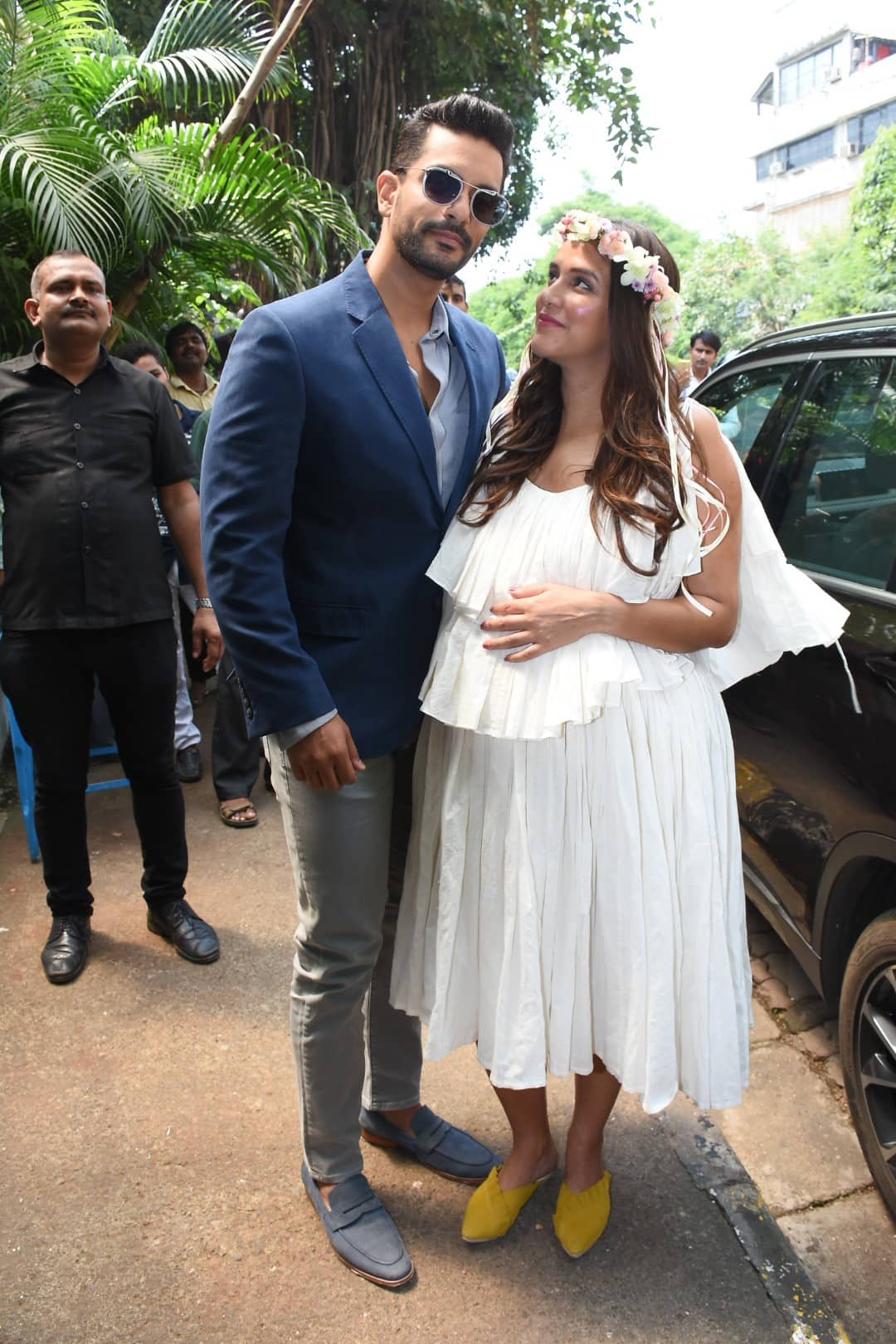 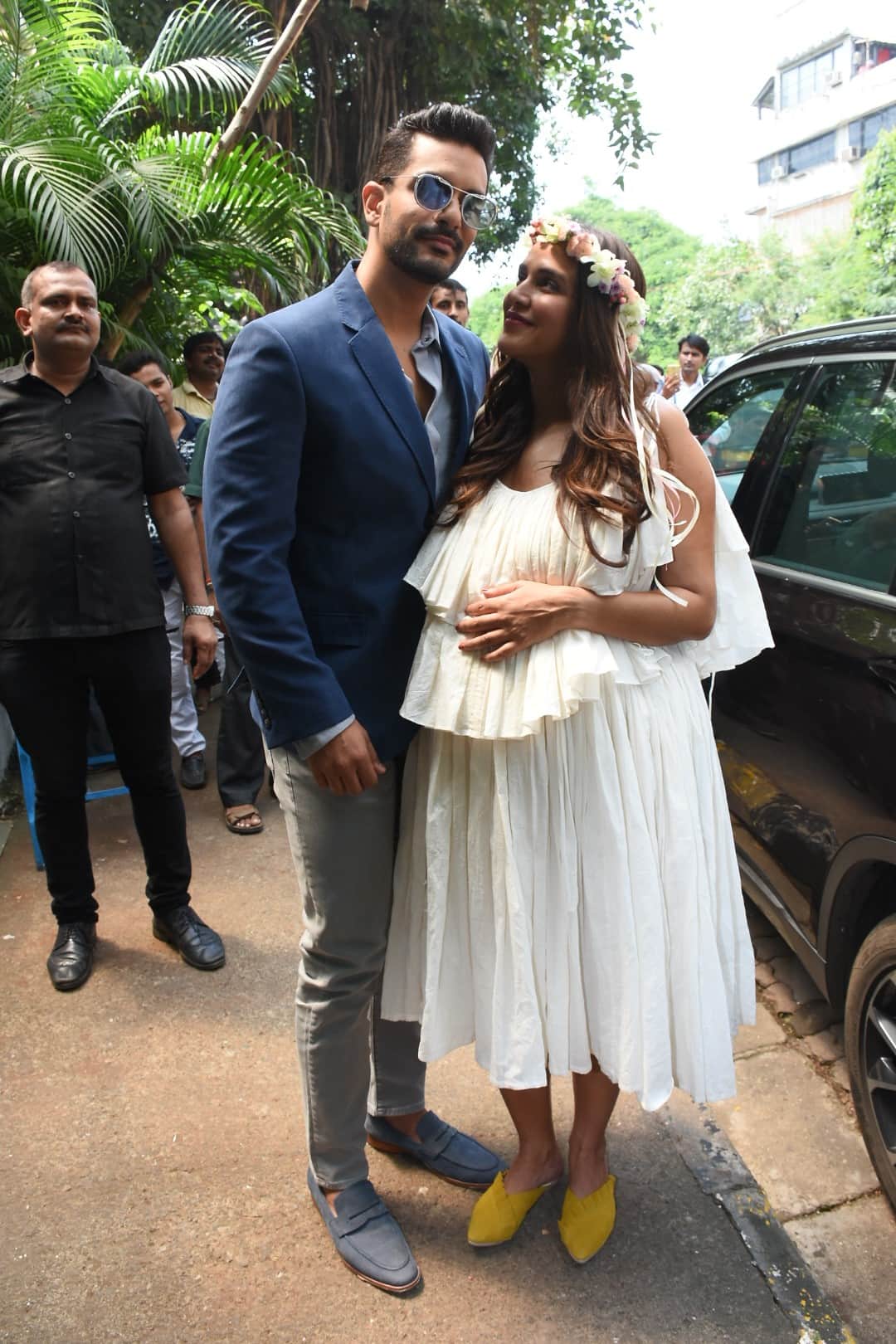 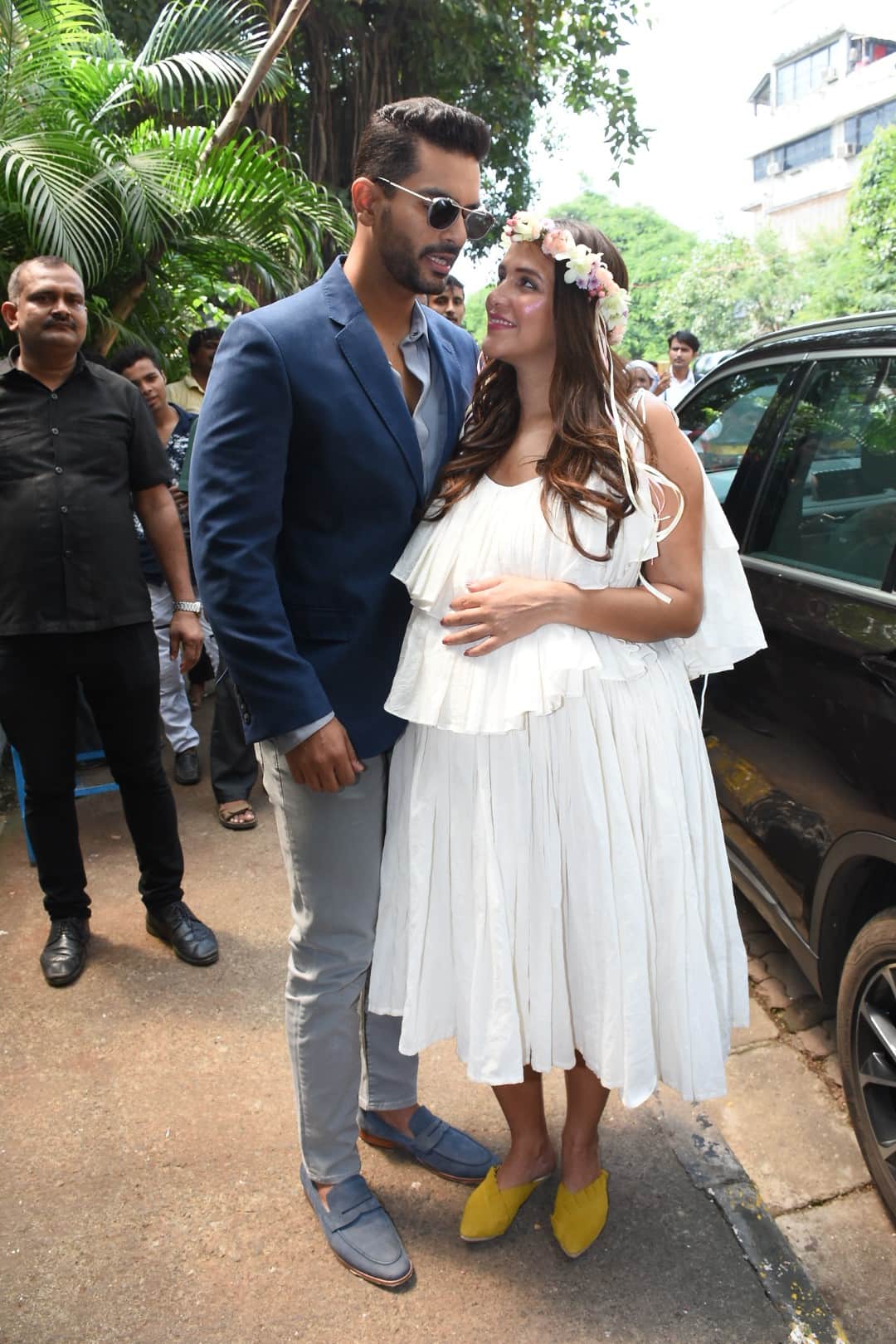 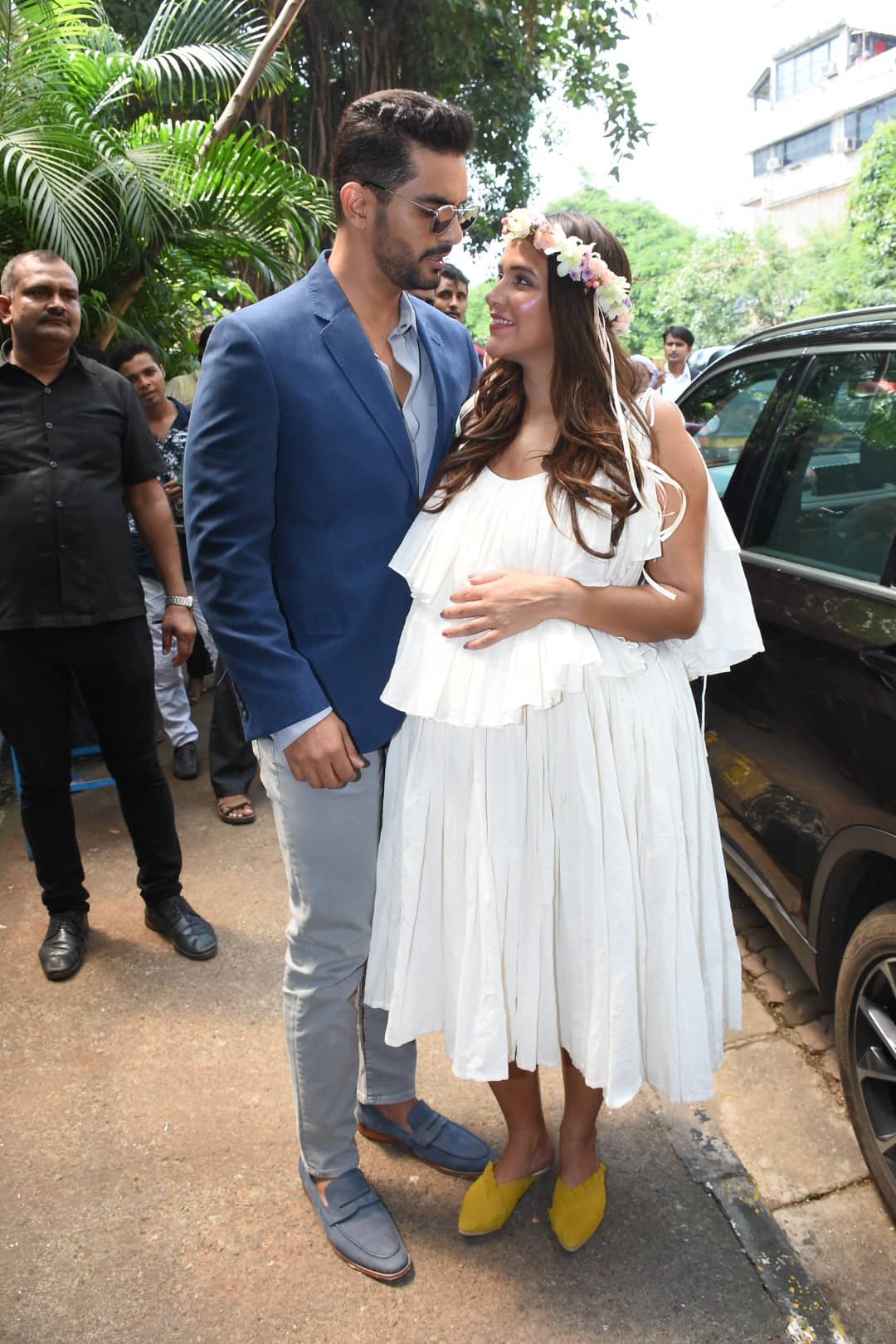 On the work front, Neha doesn't believe in taking pregnancy break as her Insta timeline is a proof. The actress recently finished shooting with Karan Johar for the third season of her talk show 'No Filter Neha'. She was last seen in Netflix's Lust Stories and is awaiting the release of 'Helicopter Eela'.

Angad, on the other hand, was last seen in Diljit Dosanjh's 'Soorma'. He is currently busy with 'The Zoya Factor' also starring Sonam Kapoor, Dulquer Salmaan and Sanjay Kapoor.