Hubby Ayushmann has been a pillar of support to her in this time of crisis. 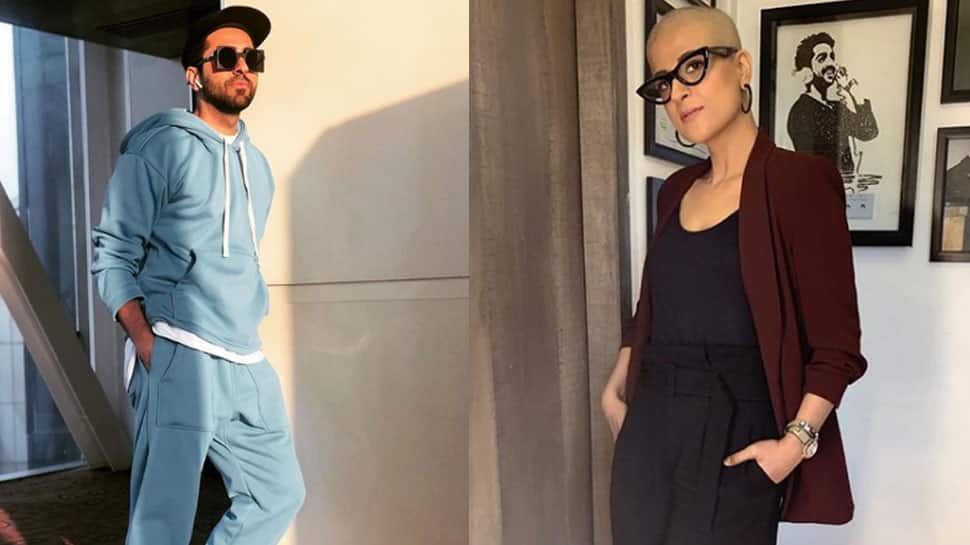 New Delhi: Talented Bollywood actor Ayushmann Khurrana's author wife Tahira Kashyap is battling cancer and giving it a tough fight. She first shared on social media that she has DCIS (ductal carcinoma in situ) in her right breast with high-grade malignant cells but later was diagnosed with stage 1a cancer.

Bollywoodlife.com quoted Ayushmann as telling in an interview with Rajeev Masand about when he got to know about Tahira's illness. He said, “It was very difficult. In fact, thanks to her that she was brave enough to take that positively otherwise I would have broken, completely. Because I was in the middle of two films I was promoting Andhadhun and Badhaai Ho. And we got to know about this on my birthday. In fact, we saw Manmarziyaan that day... we saw Manmarziyaan on September 14 and we got to know of this disease."

Adding more, he said, “She was like 'I want to just celebrate my life. I'll take it head on and we are together in this both fighting the disease and also in promoting the films.' So, it was a collective effort from both sides. But I am glad she's overcome this and as we speak she's giving a lecture on cancer, how to fight, how to combat it. She's a leader now to cancer patients and an inspiration."

Hubby Ayushmann has been a pillar of support to her in this time of crisis and often retweets and shares her post on social media. She even shared pictures of her bald look after undergoing chemotherapy sessions.