When and who decided to not catch, but to kill? With this question on mind, screenwriter and filmmaker Sanjay Gupta began working on encounter-based movies "Shootout At Lokhandwala" and "Shootout At Wadala" years ago. A third part in the "Shootout" series is in the pipeline, but before that he has a gangster drama which will again touch upon police encounters -- a genre that is one of the hottest trends in Bollywood right now. 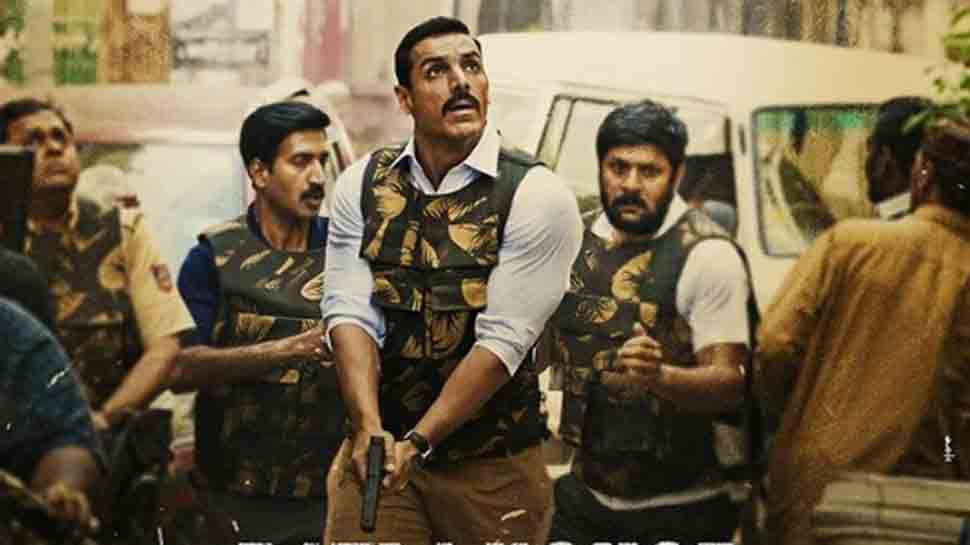 New Delhi:  When and who decided to not catch, but to kill? With this question on mind, screenwriter and filmmaker Sanjay Gupta began working on encounter-based movies "Shootout At Lokhandwala" and "Shootout At Wadala" years ago. A third part in the "Shootout" series is in the pipeline, but before that he has a gangster drama which will again touch upon police encounters -- a genre that is one of the hottest trends in Bollywood right now.

"Shootout At Lokhandwala" released in May 2007, over 12 years before Nikkhil Advani's "Batla House", which dwells upon the subject of encounter cop once again. It is set for Independence Day release this year. Like Gupta's film, Advani's latest is also based on a real-life incident. Between the two films, the encounter cop has come a full circle.

Asked about the evolution of encounter films in Bollywood, Advani, director of "Batla House", told IANS: "It has changed, rather evolved. The way cinema has evolved, the cop is more realistic now. And it is bound to be, because not all police encounters are false, as they were once projected in films. These days, before writing a script, we do our research work so that we can bring in real elements in our story.

"We interact with encounter specialists before writing a story on a police encounter, though we do fictionalise things, they are inspired by reality. So yes, with time it has changed but that is for good."

Back in 2007, when Gupta contributed as a screenwriter to "Shootout At Lokhandwala", which was based on the 1991 Lokhandwala Complex shootout between gangsters and Mumbai Police, the whole idea of cops chasing gangsters to kill and not catch was still shocking for the public.

"What I was really fascinated by was when and who had decided that 'let's not catch, let's kill'. Who made them (police) the judge, jury and executioner. Today, the term encounter sounds suspicious," Gupta told IANS, adding: "I was more fascinated with the fact that more than 385 policemen surrounded a household building with kids, families and (police) opened fire and killed people."

After the film's success, Gupta joined the "Shootout" series as a director and helmed "Shootout At Wadala", an adaptation of Hussain Zaidi's "Dongri To Dubai". It revolved around Mumbai police's first official encounter, in which gangster Manya Surve was shot down.

He clearly isn't tired of the genre as he has another gangster drama coming up.

"That touches upon the whole history of Mumbai. Encounters are part of that. A majority of encounters have taken place in Mumbai, so definitely making a film about gangsters set in the '80s and '90s, encounter becomes an integral part," said Gupta, who promised there will be a third part of the Shootout series.

There have been many other attempts in the genre, in the years in between. Many were made even before Gupta's film - like the Naseeruddin Shah-starrer "Encounter: The Killing" in 2002. It was the 2004 Nana Patekar-starrer "Ab Tak Chhappan" that set a benchmark in the genre.

Gupta feels films on encounters have gotten more polished over the years. "They have better productions and bigger budgets and are better looking films," he said.

"Batla House", which is inspired by the alleged police encounter operation of 2008 that took place in Delhi, has already piqued audience interest with its controversial theme.

Anand Pandit, who has acquired the all-India theatrical rights for "Batla House", feels that real to reel is a dimension that grips the audience and attracts them even more to the theatres. "Cine-goers have always been fascinated by hard-hitting cops who have managed law and order effectively. The real story of 'Batla House' is one that must be told and must be watched," he told IANS.

Film and trade expert Girish Johar says encounter films come under the action genre, which is quite successful in India.

"People want to know what happened in real-life encounters, and an element of truth is always there. People want to understand a perspective of filmmaker on what actually happened on ground at that point of time. It makes for a thrilling and engaging watch. That's one of the prime reasons why the audience accepts these kind of cinema," he pointed out.

However, Johar feels filmmakers need to narrate such stories in a sensitive manner.

"You need to give a balanced take. You have to present the audience a larger picture of what happened. Once you have a larger take, the audience will start accepting it automatically and if the content is well made, it runs well at the box office," he concluded.