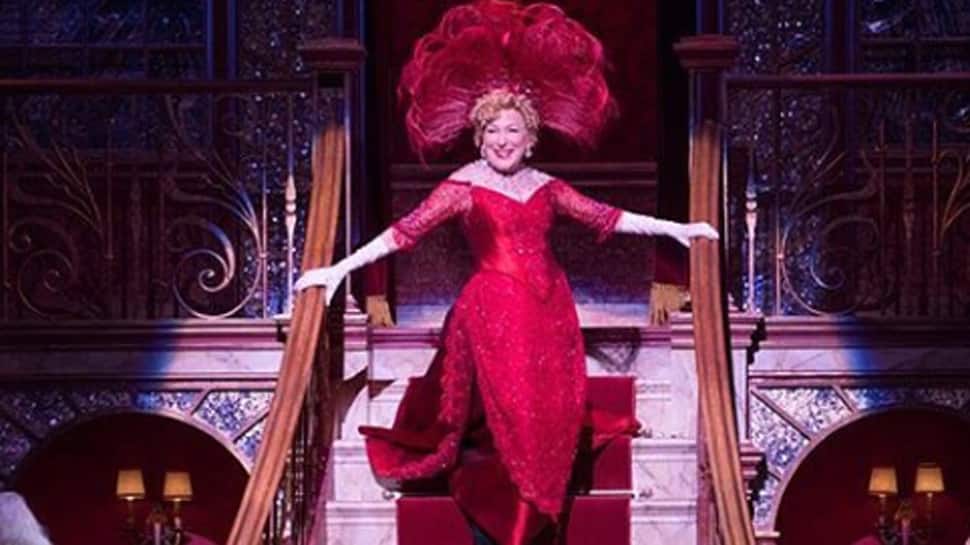 Los Angeles: Veteran singer Bette Midler has announced that she will be performing at the upcoming 91st Academy Awards. The 73-year-old singer will perform "The Place Where Lost Things Go" from "Mary Poppins Returns" at the awards ceremony.

"So, (drum roll) Ladies and Gentlemen, I will be chanteusing (that's singing) on the Oscars on Feb 24...The nominated song from 'Mary Poppins'... 'The Place Where Lost Things Go' ...So excited!!" she wrote on Twitter.

The song, written by Marc Shaiman and Scott Wittman, was originally performed by actor Emily Blunt in the 2018 film.

"As a child of the 60s, I grew up obsessed with the 'Mary Poppins' soundtrack, learning everything about songwriting and film scoring from it. As a teenager in the 70's, I became obsessed with new star Bette Midler, who fate amazingly led me to, resulting in our 40 year relationship," he wrote.

"Could I have ever imagined that one day Bette Midler would sing a song I co-wrote with Scott Wittman for a sequel to 'Mary Poppins' at the Academy Awards?! My heart is exploding!" he added.

The Academy of Motion Picture Arts and Sciences had earlier revealed that the song will be performed by a "surprise special guest" during the telecast.

Besides Midler, actors Lady Gaga and Bradley Cooper will be performing the song, "Shallow", from their film "A Star Is Born".

It was also announced that "When a Cowboy Trades His Spurs for Wings" from "The Ballad of Buster Scruggs" will be performed by Gillian Welch and David Rawlings, while Jennifer Hudson will take the stage for the Diane Warren-penned "I'll Fight" from documentary "RBG".

Being part of 'New Amsterdam' broadens my horizons: Anupam Kher