Ananya, Shanaya Kapoor flaunt their 'mehendi' at wedding in this throwback video—Watch 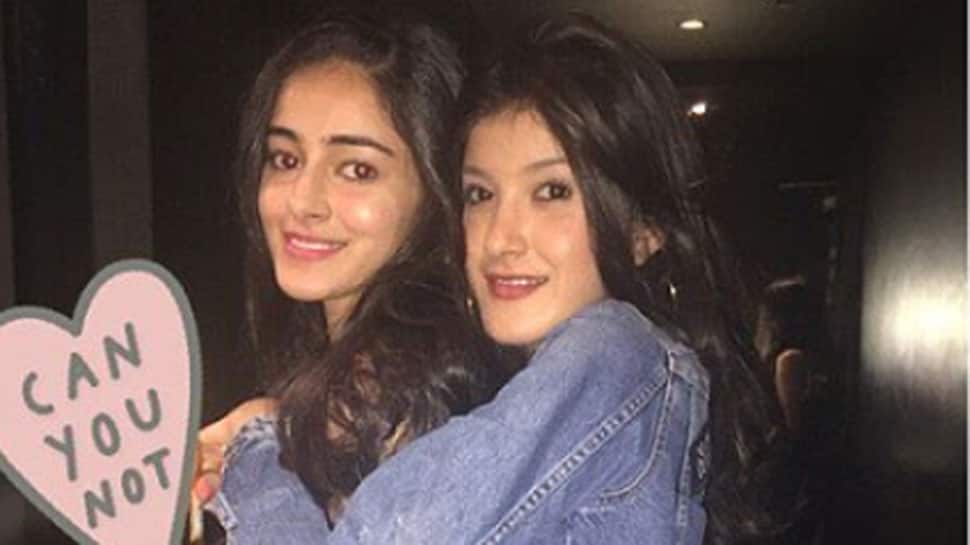 New Delhi: Ahead of her maiden release, 'Student Of The Year 2', Ananya Panday's mother Bhavana Pandey decided to share a major throwback video of her actress daughter and her BFF Shanaya Kapoor.

The two girls, who are now papped wherever they go, were stunners back then too. The video looks probably taken at a wedding as the two pretty girls can be seen flaunting their gorgeous mehendi wale haath.

Ananya is gearing up for the release of her debut film 'Student Of The Year 2' which is directed by Punit Malhotra and bankrolled by Karan Johar's Dharma Productions.

The film also marks the debut of another leading lady Tara Sutaria. Tiger Shroff plays the lead in the rom-com which is hitting the screens on May 10, 2019. The lead trio has been actively promoting the movie on all possible platforms.

The rom-com is the second part of the superhit 2012 franchise 'Student Of The Year' which introduced three fresh faces back then—Alia Bhatt, Varun Dhawan and Sidharth Malhotra.

Sanjay and Maheep Kapoor's stunning daughter Shanaya has already started as an assistant director in cousin Janhvi Kapoor's next film which is based on IAF pilot Gunjan Saxena.

The girls are ready to take gen-next forward!