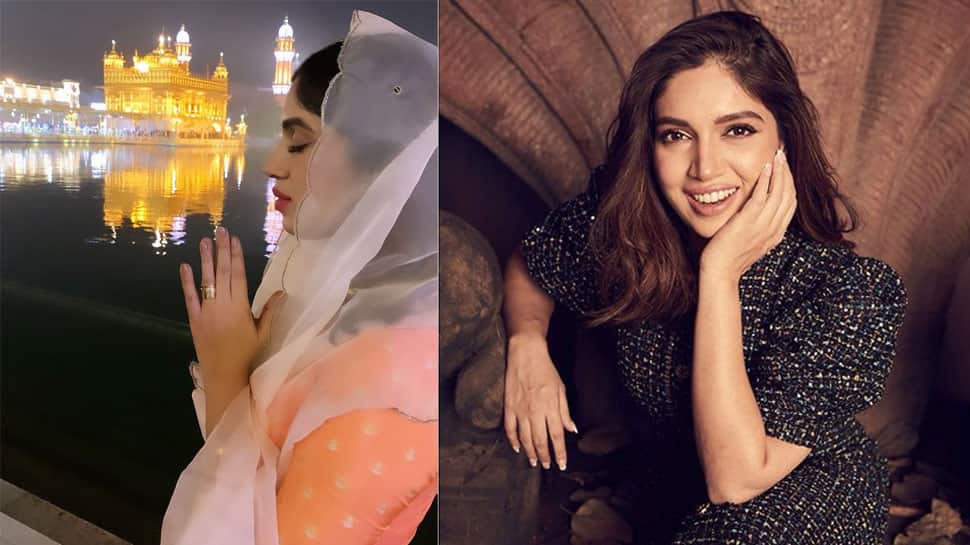 New Delhi: Talented B-Towner Bhumi Pednekar has several interesting projects in her kitty. The stunner recently headed to Amritsar, Punjab and visited the famous Golden Temple. She took to social media and shared a beautiful picture from the divine place.

On the work front, Bhumi has big films lined up to hit the screens in the coming year.

Akshay Kumar and Bhumi Pednekar starrer 'Raksha Bandhan' has been announced to release on the Independence day weekend, next year. 'Raksha Bandhan', helmed by Aanand L Rai, is a heart-tugging story of the indelible bond between a brother and his sisters, essayed by Sahejmeen Kaur, Deepika Khanna, Sadia Khateeb and Smrithi Srikanth.

She will be seen in ‘Badhaai Do’ co-starring Rajkummar Rao. The movie directed by Harshavardhan Kulkarni is one of the most eagerly awaited family entertainers releasing next year. Ever since the makers have announced the on-screen couple Rajkummar Rao and Bhumi Pednekar, the buzz is high.