Big B 'walks' goat after Twitter banter with SRK

A day after indulging with Shah Rukh Khan in banter on Twitter regarding their film "Badla", megastar Amitabh Bachchan posted a photograph in which he is seen walking a goat. 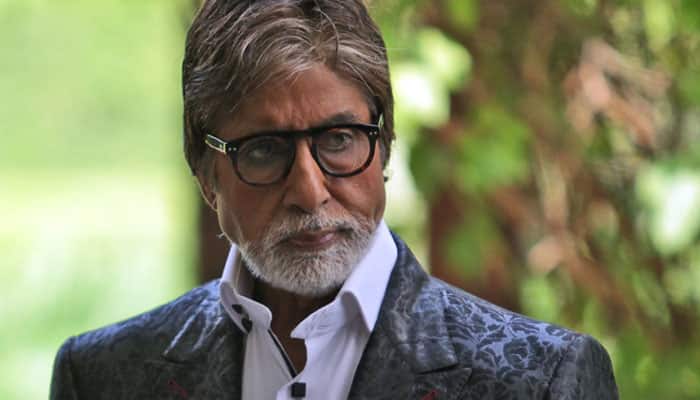 Chennai: A day after indulging with Shah Rukh Khan in banter on Twitter regarding their film "Badla", megastar Amitabh Bachchan posted a photograph in which he is seen walking a goat.

Amitabh, who is currently shooting for T. Tamilvanan's bilingual film "Tera Yaar Hoon Main", has been sharing pictures from the film's set. But it is his recent photograph with a white goat which has gone viral.

Dressed in a white dhoti kurta, the 76-year-old actor captioned it: "I walk goat."

Netizens praised Big B for his love toward animals, while some social media users mocked him saying, "kya din aa gaye hai".

The timing of the post seemed interesting since it came just a day after Shah Rukh urged Big B to throw a party for the success of "Badla".

Amitabh was upset that not enough had been said on the "silent success" of "Badla", directed by Sujoy Ghosh and produced by Shah Rukh.

"About time someone started talking about this silent success! Because neither the producer, nor the distributor, nor the line producer, or any else in the industry, in general, has even spent a nano second to compliment the success of this film 'Badla'. Thank you," Big B tweeted on Wednesday.

Shah Rukh, known for his quick wit, responded: "Sir hum toh wait kar rahein hain ki aap party kab de rahein hain hum sabko. (Sir, we are waiting for you to throw a party for all of us!) We are waiting outside Jalsa every night!"

Big B then wrote to SRK questioning him in a lighter vein that while he worked in the film and promoted it selflessly, how come he was being asked to throw a party.

The film is produced by Red Chillies Entertainment and Azure Entertainment. An official adaptation of the 2017 Spanish film "The Invisible Guest", its story follows an interaction between a lawyer and a businesswoman regarding a murder.