Shilpa took to her Instagram page a couple of days back to share a throwback pic with Salman. 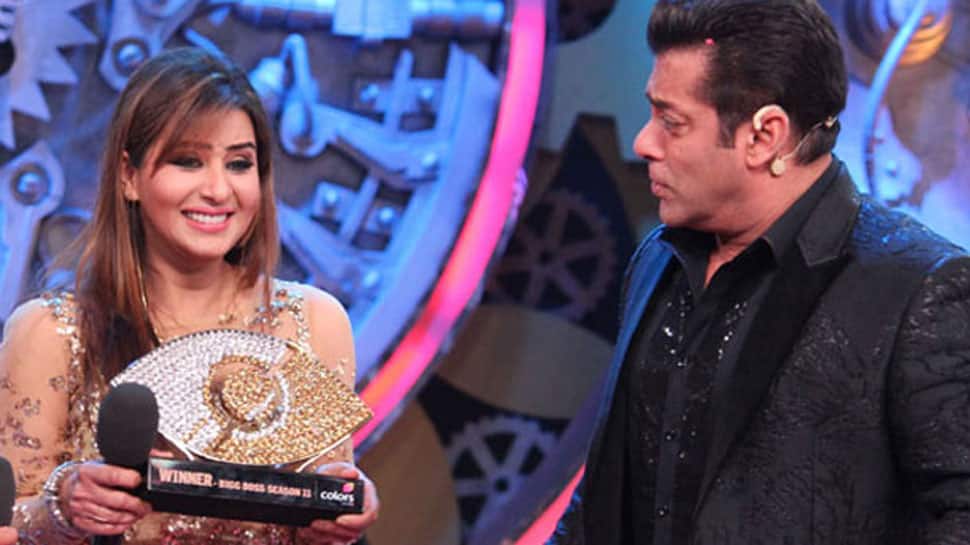 Mumbai: Shilpa Shinde, who emerged as the most popular contestant of Bigg Boss 11 hosted by Bollywood superstar Salman Khan, is missing the weekend ka vaar with the hunk of an actor.

The very talented actress was appreciated by Salman for conducting herself with utmost dignity in the house of Bigg Boss.

Shilpa took to her Instagram page a couple of days back to share a throwback pic with Salman.

She posted: “Indeed such a gem of a person SalmanBhai is. Missing #BB11 #WeekendkaVaar with @BeingSalmanKhan (sic).”

There were rumours suggesting that Salman was planning to launch Shilpa in a film and give her a Bhabiji role.

Rubbishing rumours, Shilpa while talking to Pinkvilla said, “Salman Khan has given me a lot of respect and has told me specifically that I don't look like bhabhi or maa in any way. After giving me so much respect, I don't think he will disrespect me. Also, I am not expecting any work from him. He has already done enough and I would never want to ask work from him. These are just rumours.”

Shilpa, who was competing against Vikas Gupta and Hina Khan in the final round of the grand finale, after winning the contest said, “Expressing her happiness over the win, Shilpa said “To be able to hear your name in the voice of Bigg Boss as a winner is the best feeling that one can ever experience. It is a show that has made me more respectful towards myself. I have learnt a lot on this show and more than that I have grown stronger as person and as a human being. The immense love and warmth from a lot of people has got me here to this stage. I had decided that if ever in my life I would need any kind of support, I would turn to Salman Khan, but destiny had other plans and ultimately brought me here at this juncture. I am I l overwhelmed at this moment and I'm glad I had this opportunity to work with Bigg Boss 11 and Colors.”

Is Ranveer Singh a good kisser? Deepika Padukone has an answer – Watch