TV actress Hina Khan, who appeared in the eleventh season of the reality show Bigg Boss, shot an episode for the ongoing Bigg Boss 13 with host Salman Khan. 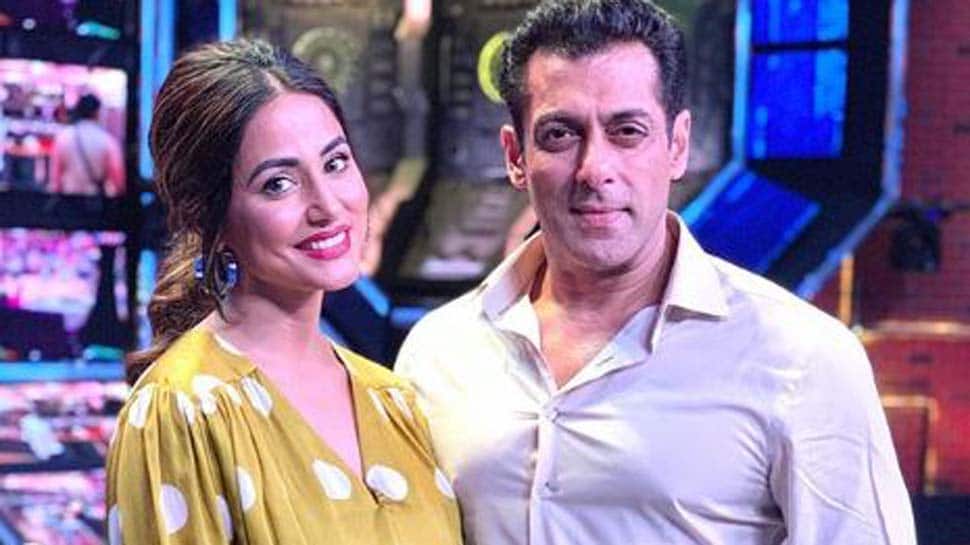 New Delhi: TV actress Hina Khan, who appeared in the eleventh season of the reality show Bigg Boss, shot an episode for the ongoing Bigg Boss 13 with host Salman Khan.

Sharing the picture on Instagram, Hina wrote, “When Miss Khan met Mr khan.. It’s always a pleasure to share the stage with you Salman.. Meeting you since four seasons now in #BiggBoss #LuckyMe #OurLittleTradition #WeekEndKaWaar #Season10,11,12,13.”

Hina was one of the finalists in Bigg Boss 11, she lost to Shilpa Shinde, who walked away with the coveted trophy.

After enthralling her fans Komolika in Kasautii Zindagi Kay 2,  Hina made her debut into the world of films with 'Lines' which is based on the backdrop of Kargil war. It is reportedly a love story set in Kashmir. Hina, who originally hails from the valley was seen playing a character named Nazia. She is now replaced by Aamna Sharif in the show.

She enjoys a massive fan following on Instagram with over 6 million followers.

Being identified as action hero enough for me: Tiger Shroff