Bigg Boss 14 finalist Rakhi Sawant shared a deepfake video of herself as late Bollywood actress Sridevi in the iconic song 'Main Teri Dushman' from 'Naagin'. In an Instagram post, Rakhi mentioned herself as a Sridevi fan and asked her followers if the film is ever remade, who should be cast. 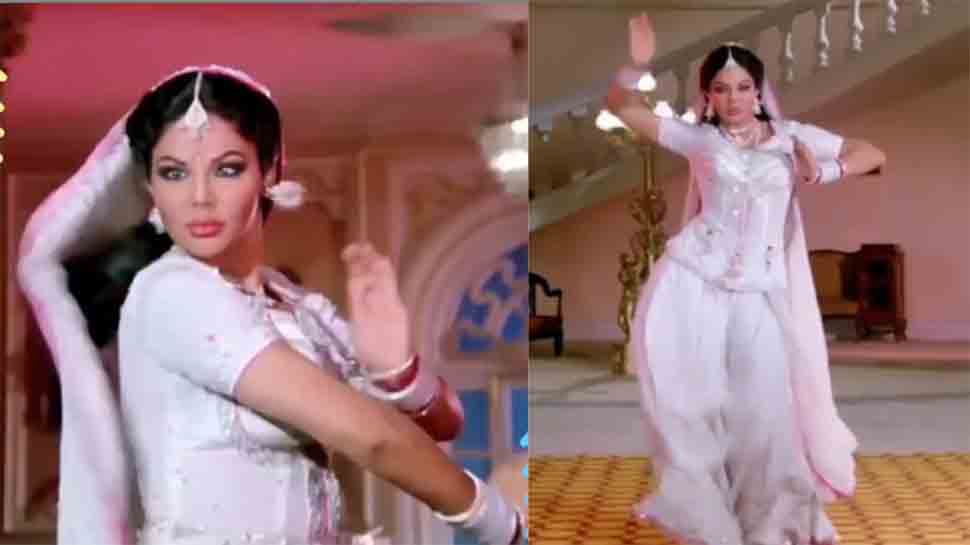 NEW DELHI: Bigg Boss 14 finalist Rakhi Sawant shared a deepfake video of herself as late Bollywood actress Sridevi in the iconic song 'Main Teri Dushman' from 'Nagina'. In an Instagram post, Rakhi mentioned herself as a Sridevi fan and asked her followers if the film is ever remade, who should be cast in the role of the snake-woman.

"I love #sridevi Ji one of my fav film is #Naagin if remade who should they cast – see and put ur choices in comment #rakhisawant #biggboss14," Rakhi, who is seen dancing to the tune of ‘Main Teri Dushman', wrote in the caption. While Rakhi shared the post expressing her wish to relive the iconic character of the snakewoman, she got the name of the film wrong. No wonder, her latest antiques have left her fans amused.

Starring Sridevi, Rishi Kapoor and Amrish Puri, the film 'Nagina' was directed by Harmesh Malhotra. Today 'Nagina' is considered one of Sridevi's finest performances. The film stars Sridevi as Rajni, a snake-woman, who marries a civilian to avenge the death of her spouse at the hands of an evil saint.

A fan posted, 'Julie bani Naagin,' while another wrote, "Different if we get casting in naagin she will definitely nail it n aaaaaagg laga degi wohh purii." One of the fans showed his humourous side and wrote, "Rubinav ko dasne wali hai ye."

It is to be noted that Shraddha Kapoor is all set to play the 'Naagin' character in a new film. The trilogy will be directed by award-winning filmmaker Vishal Furia.

Post Bigg Boss 14 conclusion, Rakhi got busy taking care of her other Jaya Sawant's medical treatment, who has been battling cancer. Rakhi walked out of the BB14 finale with Rs 14 lakh cash from the prize money. She mentioned that she will use that money for the treatment of her mother.

Speaking of other Bigg Boss 14 contestants, Jasmin Bhasin and Aly Goni’s music video 'Tera Suit' has been released. On the other hand, Rubina Dilaik and Abhinav Shukla will feature in Neha Kakkar's music video 'Marjaneya' and recently shared its first look. Rubina is also specualted to be doing a video song with former Bigg Boss contestant Paras Chhabra.